A created oyster bed at the federation’s preserve along Hoop Pole Creek in Carteret County.

Food, Filter and Fish Habitat—what’s not to love?

We love oysters and oyster reefs; let us count the ways. 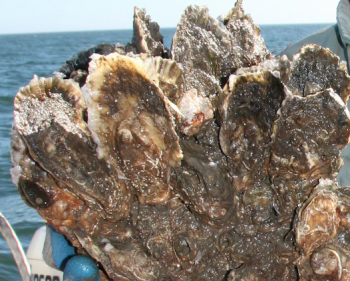 Oysters and the reefs that they form provide many ecological, economic and social benefits.

These values are often referred to as the three “Fs”, for short: food, filter and fish habitat. Our native eastern oysters (Crassostrea virginica) provide these vital functions free of charge.

Food – Oysters support a viable commercial and recreational fishery that is an important part of North Carolina’s cultural heritage and economy. Oyster reefs support the production of more crabs and finfish valued at over $62 million annually.

Filter – As filter feeders, oysters remove harmful pollutants, sediment and excess algae from the water. An adult is capable of filtering up to 50 gallons of water a day. As oysters filter, they also provide an important link in the estuarine food web by transferring nutrients from the surface (plankton) to the bottom (benthos).

Fish Habitat – Oyster reefs provide essential habitat for a diverse collection of aquatic animals, including many important commercial and recreational fish species. One healthy oyster reef can be home to more than an estimated 300 different adult and juvenile organisms including southern flounder, shrimp, clams and blue crabs. 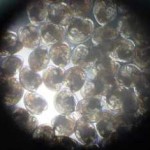 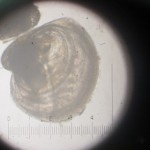 The Once and Future Oyster Story

In the late 1880s, oysters from North Carolina were being harvested at unprecedented rates and shipped by boxcar to San Francisco and New  York. In 1886-1887, Lt. Francis Winslow mapped oyster reefs in the Pamlico Sound. These maps were detailed enough that Gene Ballance, an Ocracoke waterman and founding member of the Ocracoke Foundation, was able to ground truth the location of the historic oyster reefs. The information from these historic reefs gives us insight into where reefs might be restored.

According to available data, oyster harvest within the state has declined to about 15 to 20 percent of historic 1889 harvest levels, when 800,000 bushels of oysters — 5.6 million pounds of oyster meat — were harvested from North Carolina waters.

Oyster harvest over the years (in bushels) 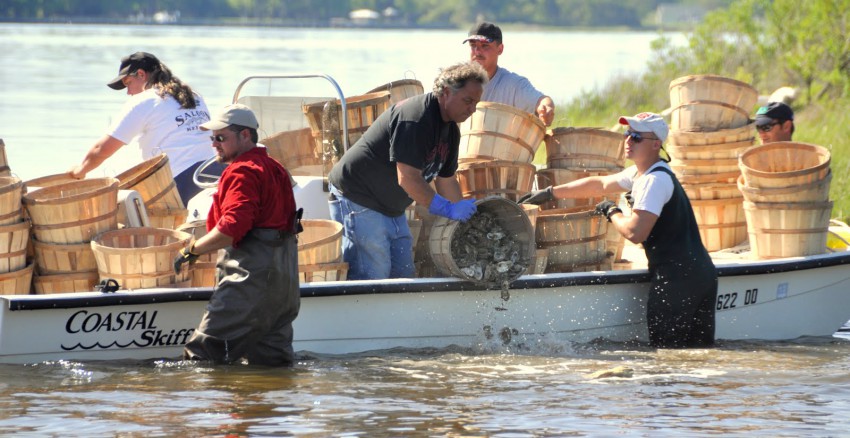 Oyster habitat in North Carolina ranges from deep water reefs in the Pamlico Sound (sub-tidal) to low relief patch reefs in intertidal waters and reefs fringing salt marshes along our estuarine shorelines (intertidal). We are the only state that has both types of reefs on our coast. We are lucky that enough of our oyster population remains to produce larvae to repopulate reefs in most of our estuaries; North Carolina is in far less dire straits than the Chesapeake Bay, so there’s hope.

Recognizing the full range of benefits provided by oysters, the North Carolina Division of Marine Fisheries has worked since the 1950s to regulate the oyster harvest and enhance reef habitat. To create reefs, the division annually deposits tens of thousands of bushels of oyster shell, marine limestone and clam shell — called cultch — in shellfish waters from the Shallotte River to the Pamlico Sound. The division enhances oyster habitat in harvest areas by spreading cultch, which is colonized by oyster larvae (called the uninspiring name ‘spat’) that attach to the cultch and grow to three-inch harvest size in 18 to 24 months.

The federation and the division have also been building reefs in permanent “no-take” oyster sanctuaries in the deep water of Pamlico Sound. 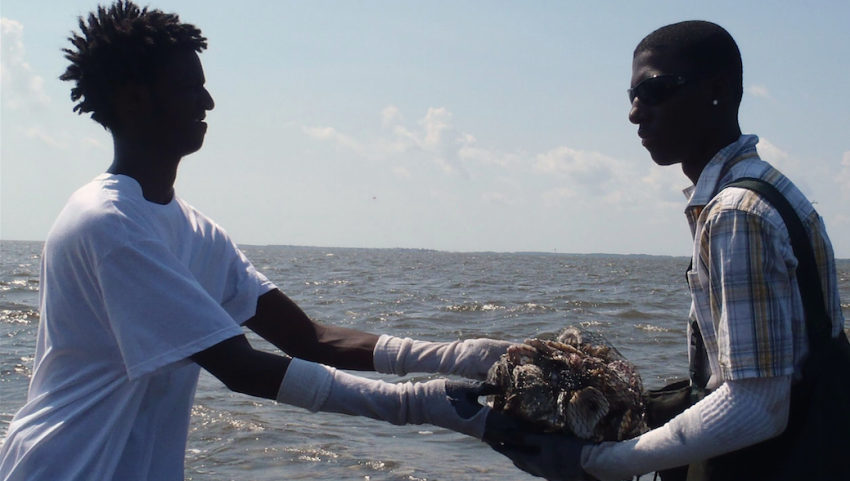 Volunteers with the Oyster Restoration project