Wetlands tie together land and water and are some of the most productive ecosystems in the world.

Wetlands tie together land and water and are some of the most productive ecosystems in the world.

Other names for different types of wetlands include marsh, pocosin, swamp and bog.

Wetlands can be made up of trees, grasses, shrubs or moss. To be called a wetland, an area must be filled or soaked with water at least part of the year, but some wetlands are actually dry at certain times.

Wetlands have many important functions that benefit people and wildlife: 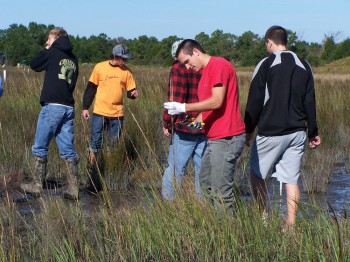 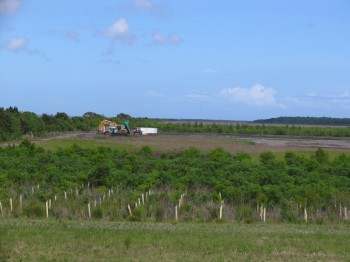 The United States has lost over half of the wetlands in the lower 48 states, and the losses continue at an estimate of over 60,000 acres per year.

However, North Carolina is at a crucial point: unlike some areas like the Chesapeake Bay or Louisiana, we still have a fair amount of coastal wetlands left and our water quality is still relatively healthy.

This is important, because it is FAR less costly to protect something than to have to restore it. The federation does both; protecting and preserving what is pristine for the future, and restoring what is damaged to make things better.

Some of the threats to wetlands include: