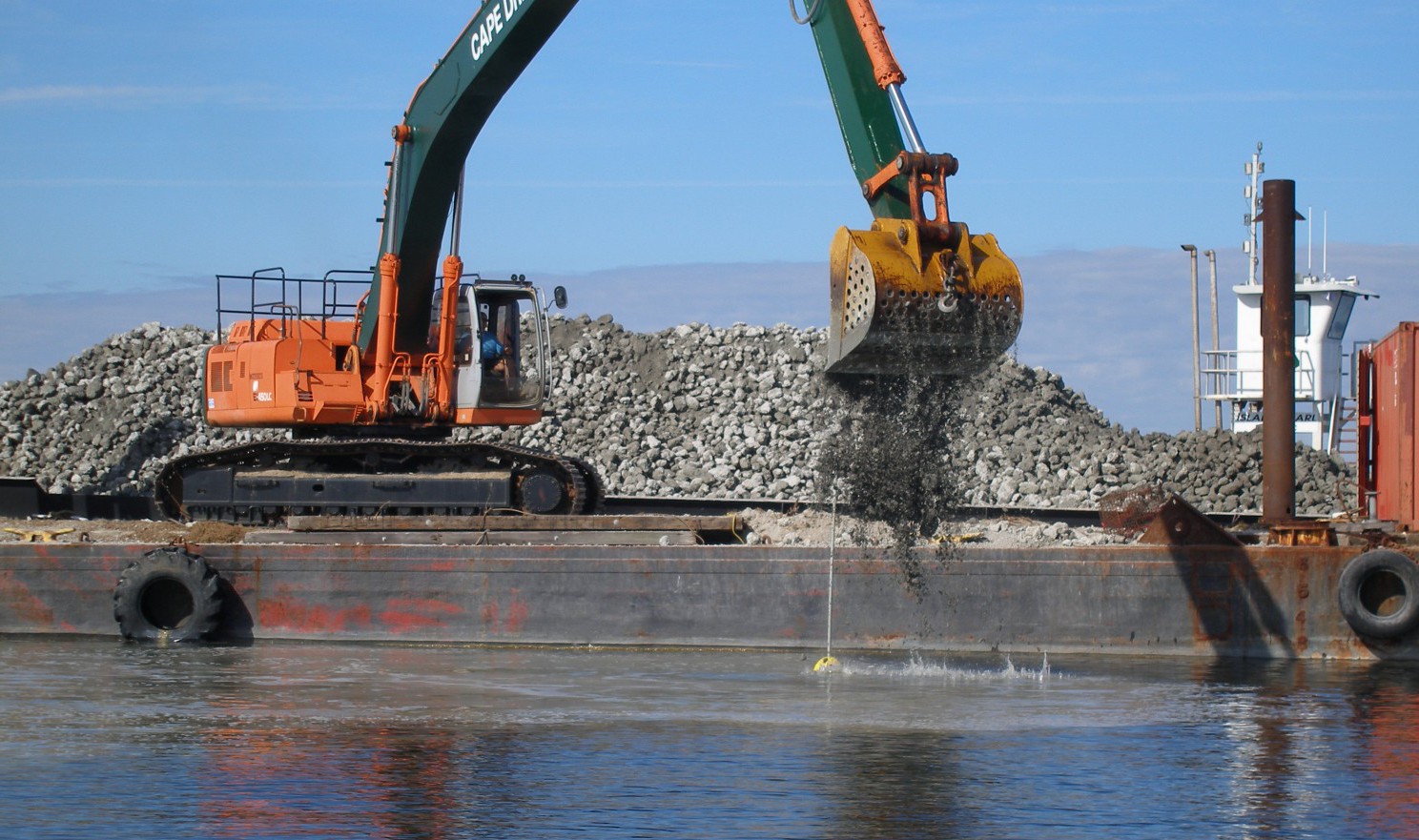 In many cases, the same materials, construction equipment and contractors are used. Landscape-scale restoration has less to do with tree hugging and more to do with barges, dump trucks and earth moving.

One project that clearly demonstrates the economic benefits of oyster restoration is our large-scale project to build oyster sanctuaries at Crab Hole and Clam Shoal, funded by the American Recovery and Reinvestment Act in 2009. Our long-term partner, the National Oceanic and Atmospheric Administration was the granting agency. The federation partnered with many agencies, universities, groups and private companies on the project, which was among a handful nationwide that were awarded, and the only one awarded in North Carolina.