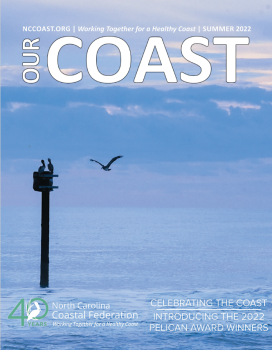 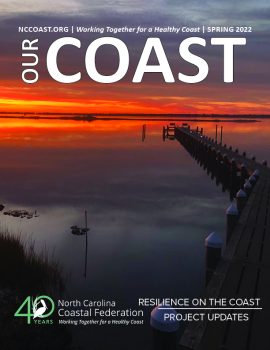 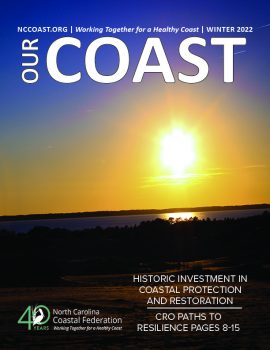 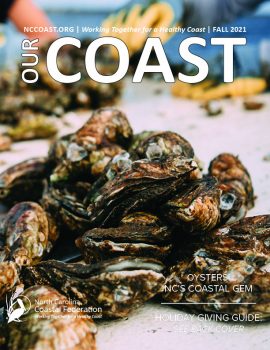 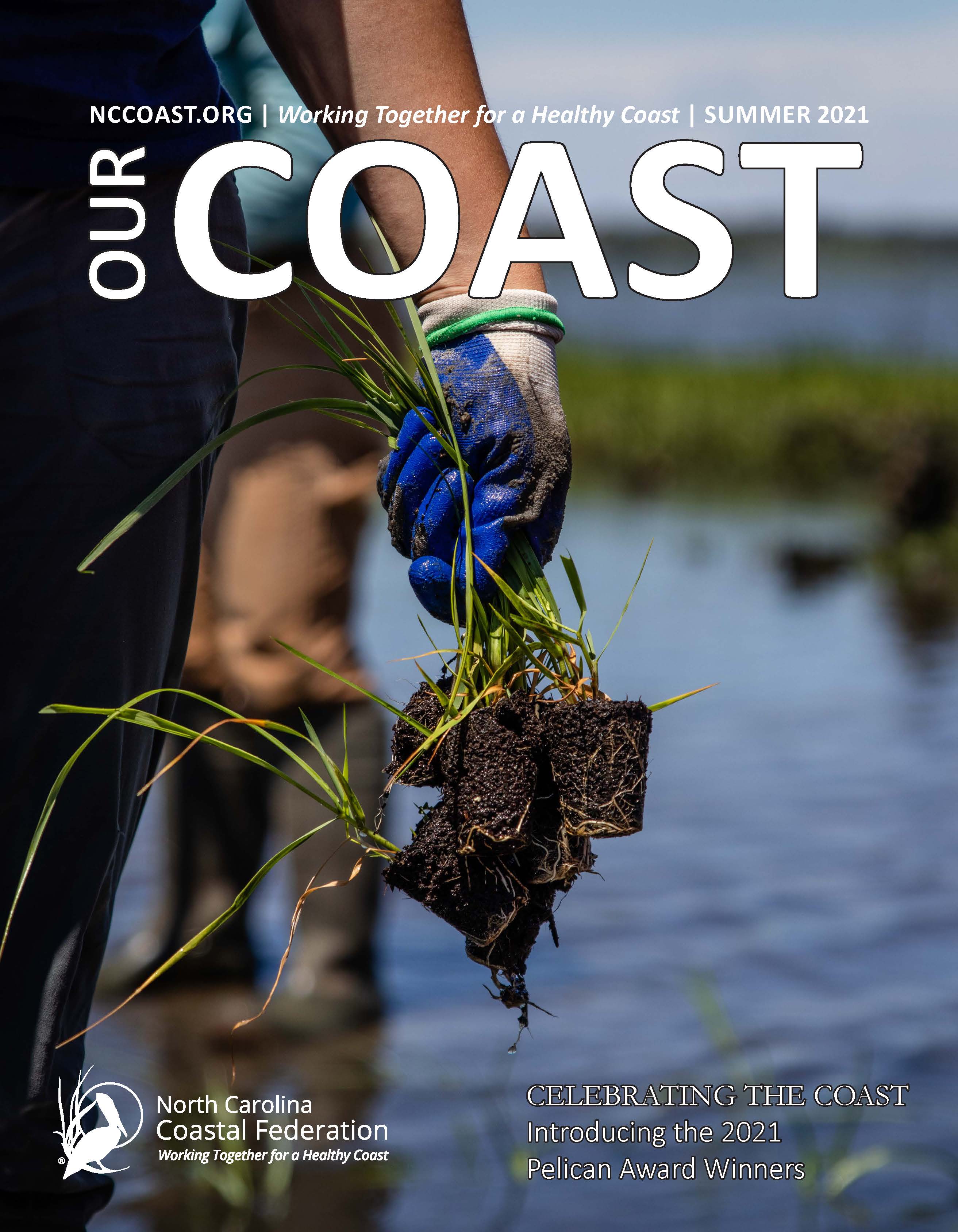 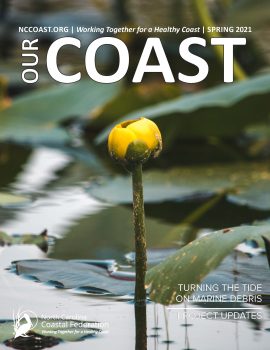 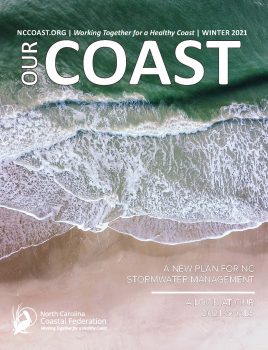 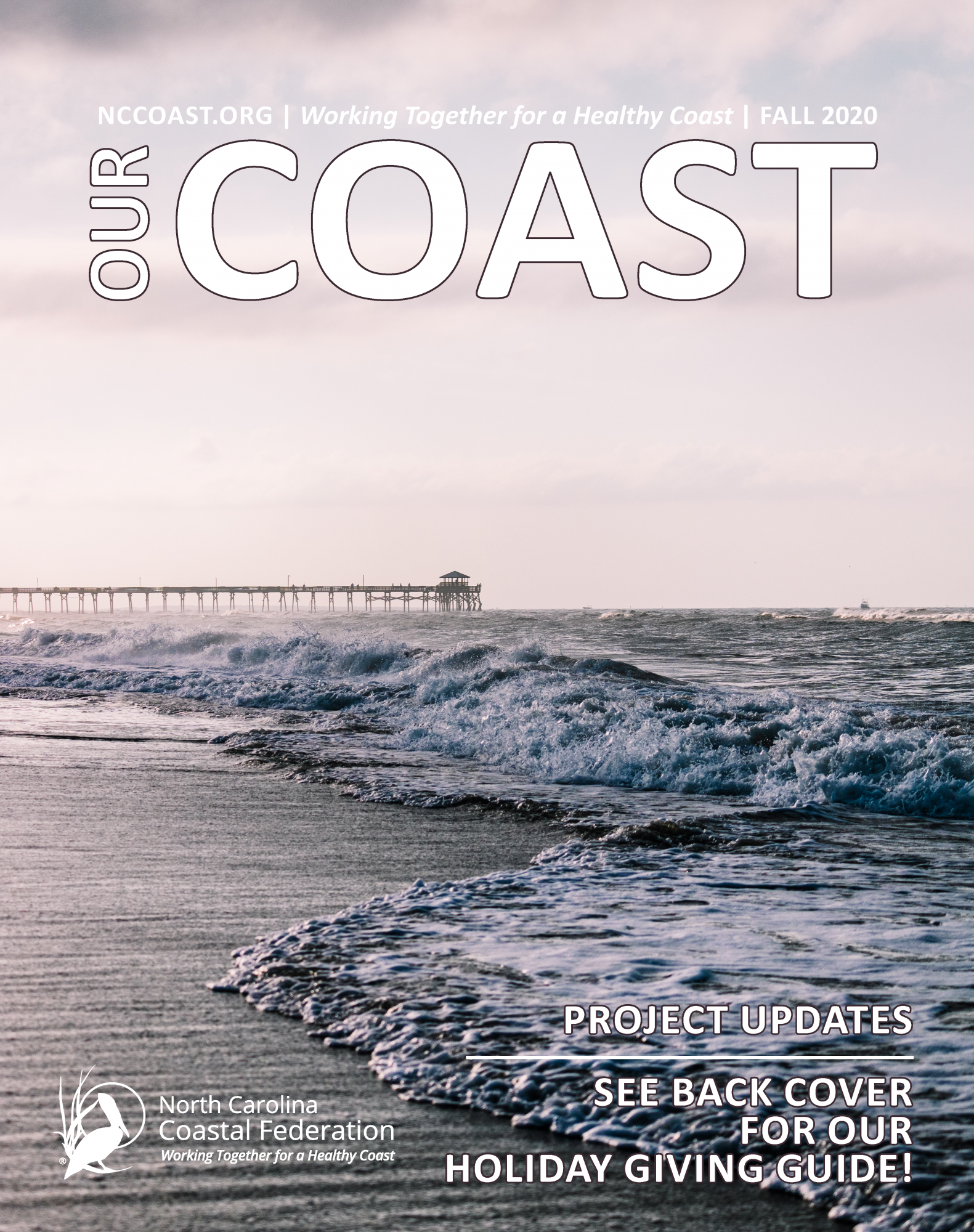 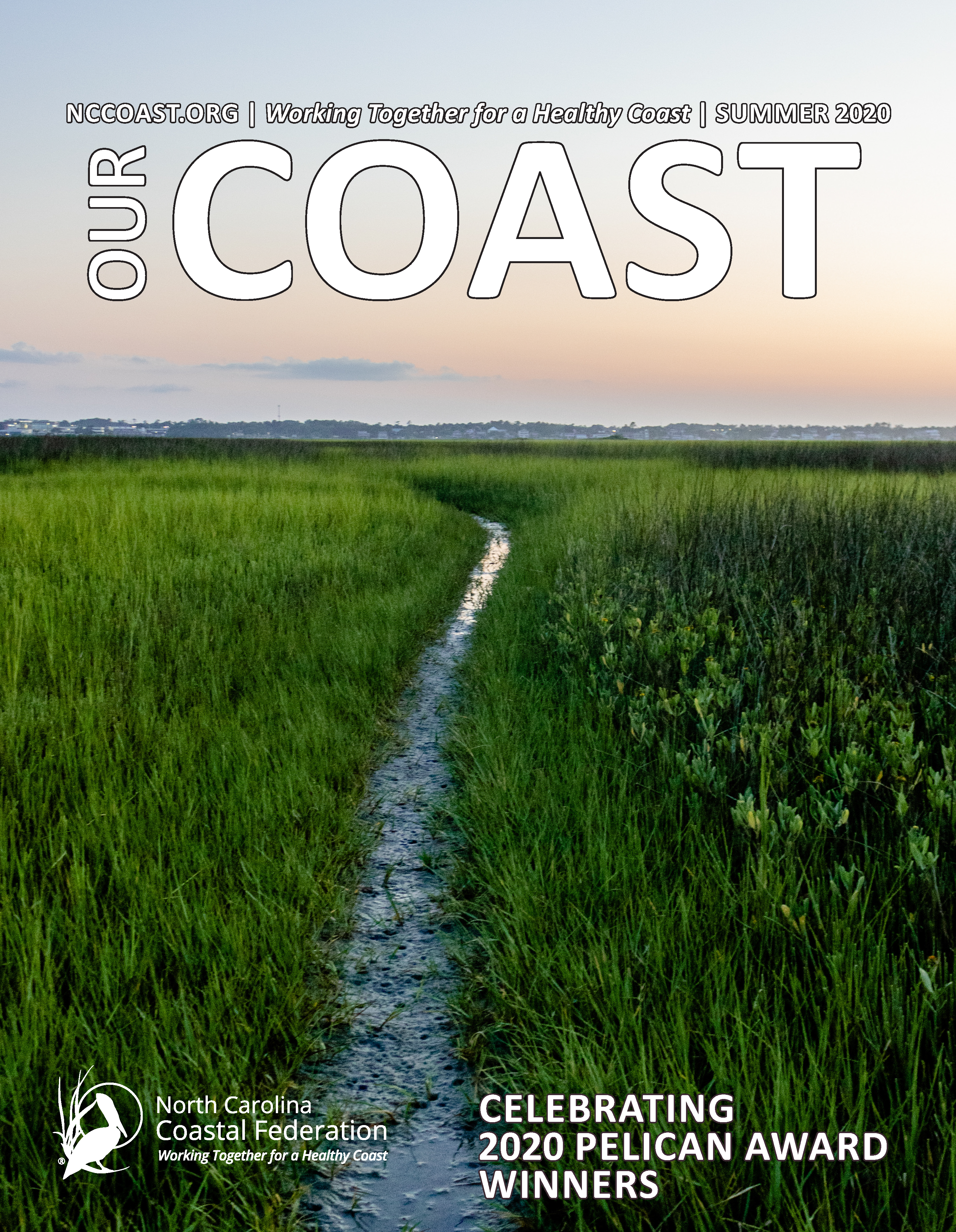 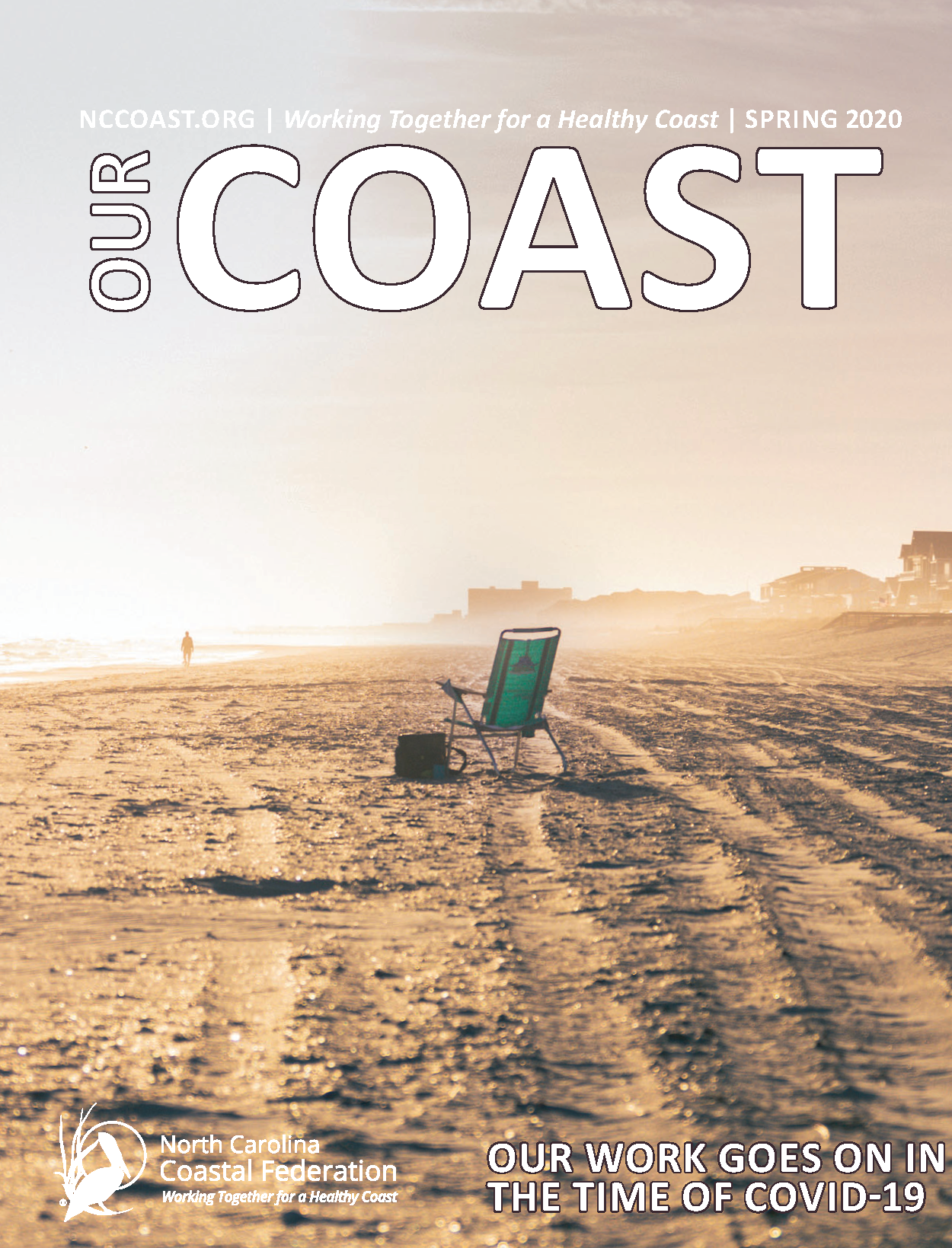 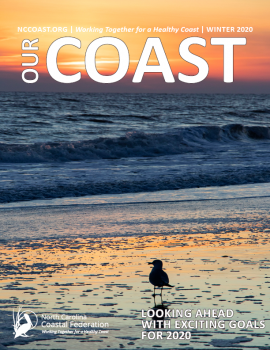 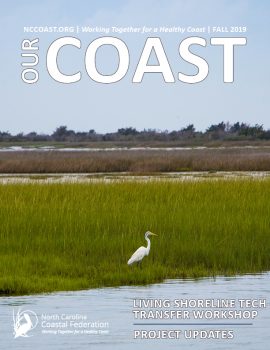 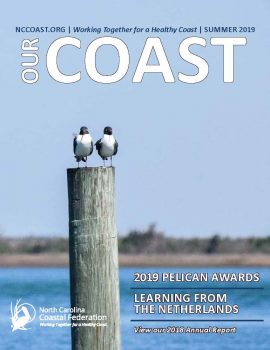 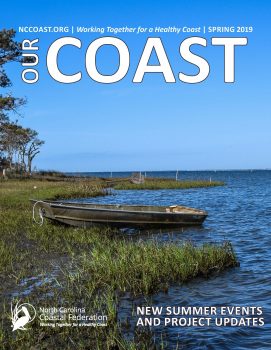 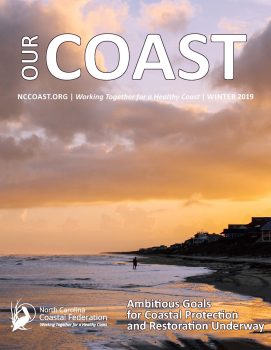 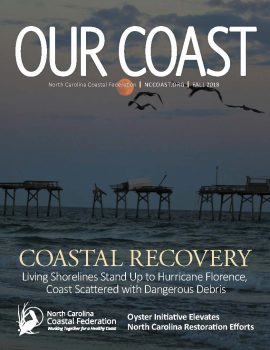 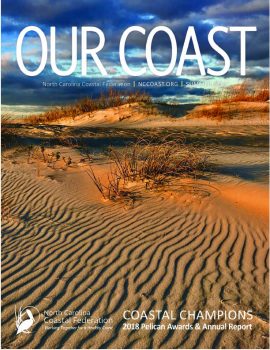 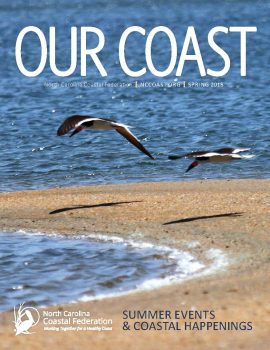 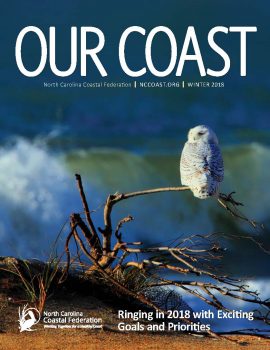 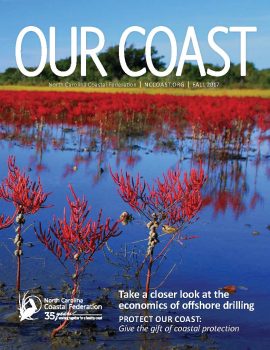 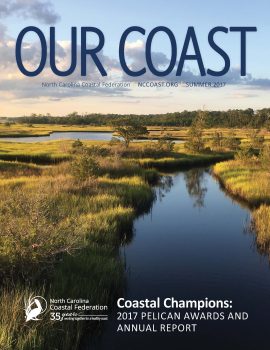 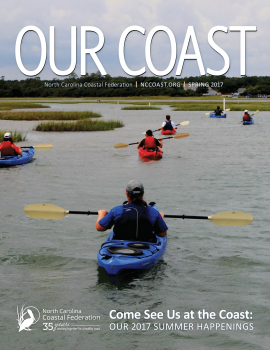 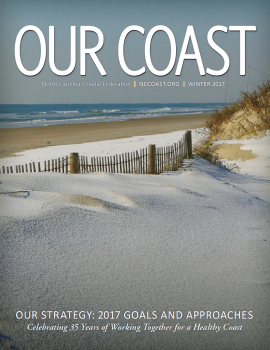 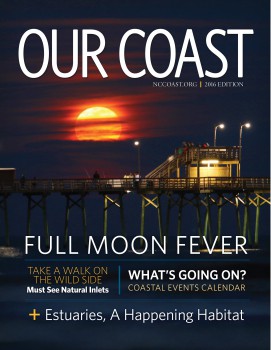 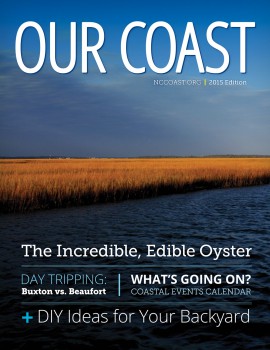 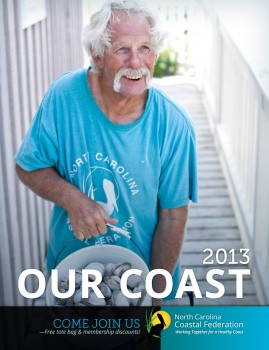 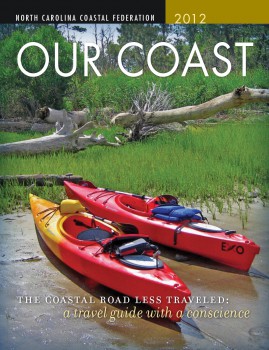 Past State of the Coast Reports

2011 The future of renewable energy.

The 2011 State of the Coast Report explores the different ways we can create renewable energy and lower our environmental impact along the coast. view pdf

2010 Visit special places along the coast that people fought to save.

The 2010 State of the Coast Report , which we call a travel guide with a conscience, offers maps and descriptions of places along a coastal road less traveled. view pdf

2009 North Carolina’s beaches are caught in a tightening vise grip between the sea and development.

The 2009 State of the Coast Report examines what needs to be done to ensure that our beaches are protected into the future. view pdf

2008 Stormwater is the largest source of water pollution along the N.C. coast.

The 2008 State of the Coast Report describes how rain becomes polluted runoff and why it has a devastating effect on coastal water quality. The report also details the state’s historic failure to contain stormwater and explains new state rules that have a chance of working. view pdf

2007 This year marks the 25th anniversary of the North Carolina Coastal Federation.

The 2007 State of the Coast Report takes a look at the coastal issues of the past, present and future, the Federation’s work with strong and dedicated people to address them. It also outlines the need to involve more people in our work in order to keep our coast a place worth celebrating. The report details the Federation’s $3 million dollar campaign, designed to increase our capacity to work with citizens, businesses and governments all up and down the coast. view pdf

2006 The NC coast is fast undergoing an unprecedented redevelopment that threatens to transform its water, its land and its people.

The 2006 State of the Coast Report features people and groups that are attempting to control their futures and save their heritage by better managing growth. It also details six strategies coastal communities and the state could employ to preserve the coast’s traditional maritime culture and the water on which that heritage depends. view pdf

2004 What are the potential effects of global warming on coastal North Carolina – and what can we do about it?

The 2004 State of the Coast Report discusses sea-level rise, hurricanes and other extreme weather events, and global warming as they affect our fisheries, forests and food crops. view pdf

2003 The NC Coastal Federation calls on North Carolina’s political leaders to appoint a special commission or a legislative committee to decide if the state needs to overhaul its 30-year-old programs meant to protect its coastal environment.

In its ninth annual 2003 State of the Coast Report, the Federation uses aerial photographs and charts to graphically illustrate the massive explosion of development that has engulfed our coast since 1984. It argues that landmark laws, such as the Coastal Area Management Act passed by the NC General Assembly in 1974, have failed to fulfill their promise of promoting “orderly and balanced growth” while protecting the coast’s natural heritage.

To highlight some of the ways and the type of coalition that will be required to revamp coastal laws, the Federation recognizes the winners of its inaugural Pelican Awards. Twenty-two people, organizations, state agencies and local governments received the awards, which are meant to highlight outstanding efforts in 2003 to protect the coast’s natural resources. view pdf

2002 The 2002 State of the Coast Report focuses on the oyster – what its slow disappearance from our waters has meant to our coastal environment and heritage and what we need to do to bring the oyster back.

We’ll take you back to a kinder time “way back when” coastal waters were clean and oysters were plentiful. We trace the rise and fall of oysters, pinpointing the problems and offering a blueprint for change. The message is clear that while oysters are almost at endangered status, it’s not too late for North Carolina to turn the tide and save oysters (and our coastal environment) from extinction. view pdf

2001 The 2001 State of the Coast Report follows a set of four basic goals that were set in last year’s Report.

Protecting Water Quality – how preserving wetlands and implementing new stormwater requirements may offer hope; Environmental Law and Order – the real reason why NC’s good laws are not enforced; Living in Harmony with a Restless Sea – just how much can we or should we attempt to control Mother Nature? and Growing Smart – what’s ahead for coastal North Carolina and how we can best plan for the boom ahead. view pdf