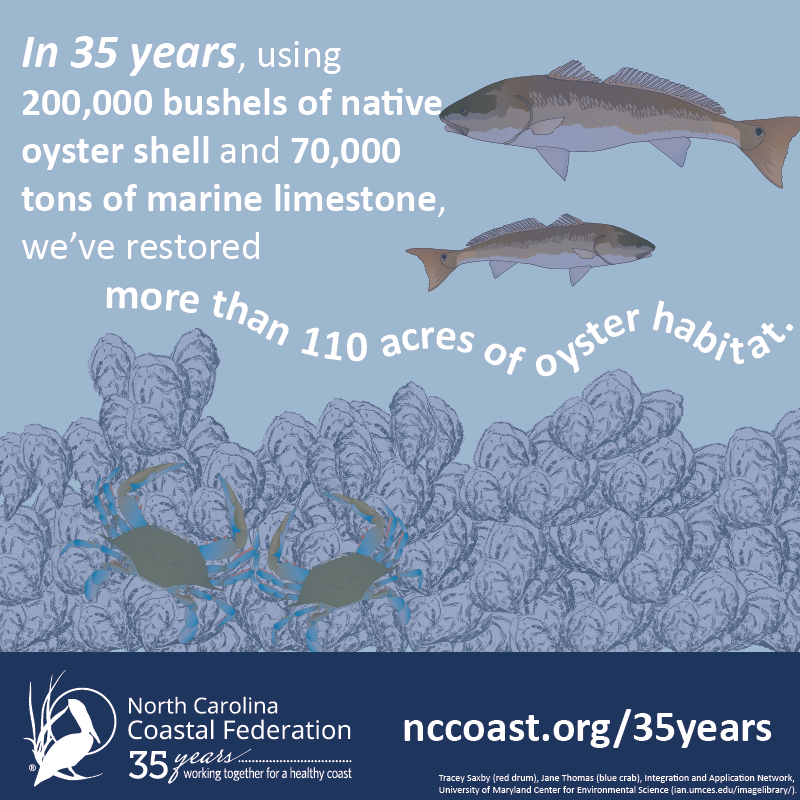 Today is National Oyster Day, and here at the North Carolina Coastal Federation we know there’s a lot to celebrate about these multitasking bivalves. Not only are they a delicacy and a sustainable protein source, oysters are also filter feeders that naturally clean coastal waters. They support North Carolina’s coastal economy as well.

Some of the many reasons the federation restores, advocates for and educations people about oysters include:

Want more information about what’s being done to restore oysters and to inform people about oysters’ importance? Check out these resources.

How you can help

Click to enlarge the photos below to see some of the ways we work with oysters. 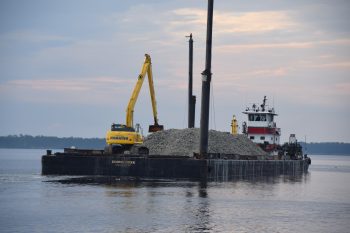 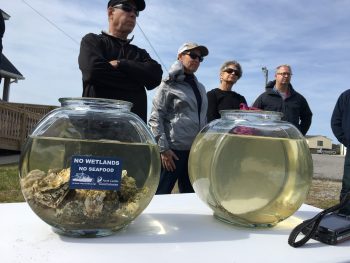 Two tanks of water from the sound — the one with oysters was visibly cleaner by the time people returned from the Oyster Eco Tour in March. 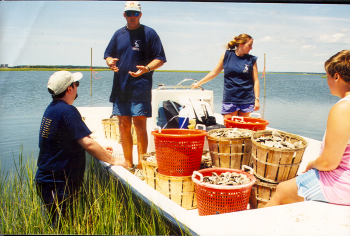 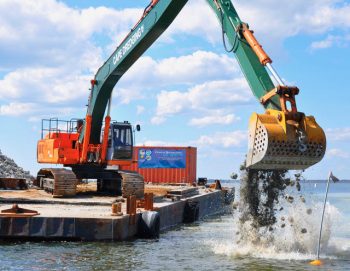 A photo from the 2009 oyster restoration project that was funded by the American Recovery and Reinvestment Act. 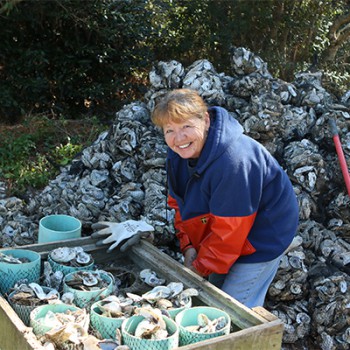 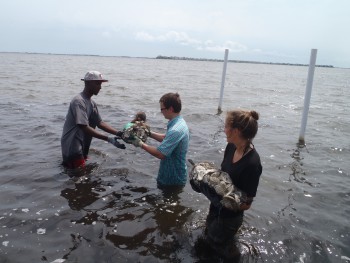 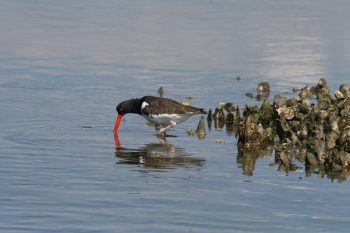 An oyster catcher is one of the many organisms that benefits from oyster restoration. 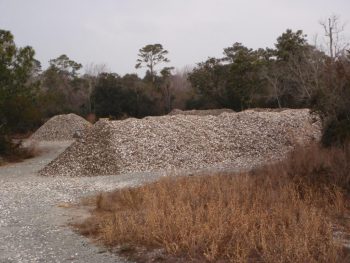 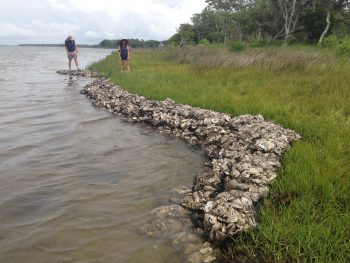 Volunteers work on a living shoreline in Pine Knoll Shores that is using oyster reefs as part of its erosion control.