The League of Women Voters of Dare County hosted a public meeting on Wednesday, Feb. 27 to discuss the current activity associated with seismic surveys and the development of the 2019-2024 National OCS Oil and Gas Leasing Program. Craig Merrill, the Natural Resources Committee Chair, welcomed the attendees and introduced Bob Woodard, Dare County Commissioner Chairman, to provide opening remarks for the evening. 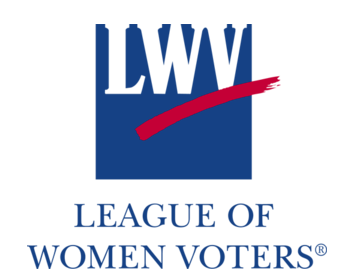 Chairman Woodard reminded the audience that the Dare County Board of Commissioners unanimously passed a resolution last February reflecting the Board’s long-standing opposition to offshore drilling and seismic testing off North Carolina’s coast and provided several talking points in regards to the track record of the oil and gas industry that illustrated the need to protect our coast. Fortunately, local elected officials from nearly every beach town of Dare County were in the audience of approximately 40 people and echoed Chairman Woodard’s sentiment which has been demonstrated through the passage of similar resolutions.

Michael Flynn, Coastal Advocate for the northeast office of the North Carolina Coastal Federation, then proceeded to give a presentation about the current state of seismic survey activity and the anticipated release of the proposed 2019-2024 National OCS Oil and Gas Leasing Program. Flynn provided the audience with an overview of techniques used to conduct seismic surveys, impacts of seismic airgun blasting, the permitting process, the applications submitted by five companies to conduct seismic surveys along the Atlantic OCS and the current lawsuit to challenge the decision of the National Marine Fisheries Service to issue Incidental Harassment Authorizations.

The audience members asked lots of questions and were deeply concerned by the known impacts of seismic airgun blasting. Following the Q&A session about seismic surveys, the precursor to offshore drilling for oil and gas, the evening continued with another presentation from Flynn about the anticipated release of the proposed program as well as a review of proposed state and federal legislation that seeks to ban the construction of infrastructure within state waters to support offshore oil and gas exploration or place temporary or permanent moratoriums on the activity within federal waters.

“What can we do about this?” was the question on everyone’s mind in the room and one woman courageously interjected before the conclusion of the presentation which included a slide about the ways to take action.

The federation is a participating member in the Don’t Drill NC Coalition and partners across the state have decided to host pop-up response rallies along the coast, in Raleigh and even Asheville to demonstrate opposition to offshore oil and gas exploration along our coast. The rallies will occur within 48 hours of the public release of the proposed program. You can sign up to receive text alerts about the details of each rally in advance.