Attendees learn about oyster restoration and mariculture at Wine and Dine

Chef Dan Lewis, owner of Coastal Provisions, planned the meal and wine pairings. The meal started with a tasting of several different types of North Carolina oysters, followed by oysters on ice, baked oysters, oysters on grits and oysters with smoked duck. The meal ended with a dessert of hazelnut mousse on the half shell.

At the Wine and Dine, oyster grower Fletcher O’Neal talked about his oyster farm, Devil Shoal Oyster Company, in Ocracoke. The company’s oysters were featured in the tasting course.

Proceeds from the event benefited the federation, which has restored more than 100 acres of oyster habitat, including more than 15 acres this year in Pamlico Sound and along the coast. Guests learned more about oyster restoration efforts and the growing oyster mariculture industry, which can provide economic and environmental benefits to the North Carolina coast. The North Carolina General Assembly in 2017 directed a stakeholder group to develop an oyster mariculture plan for the state.

More information on all things North Carolina oysters is available at ncoysters.org. Those who are interested can also sign up for On the Half Shell, a quarterly e-newsletter about oysters. 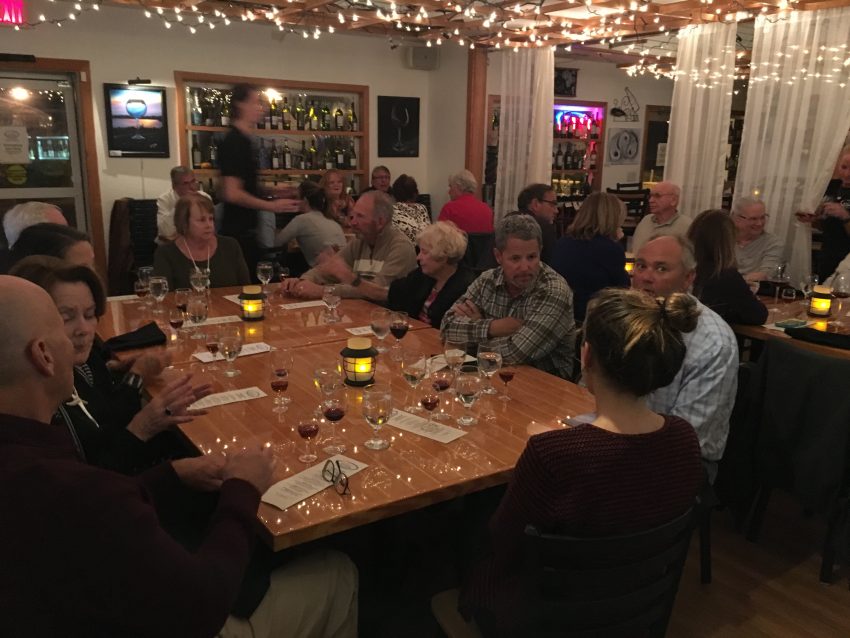 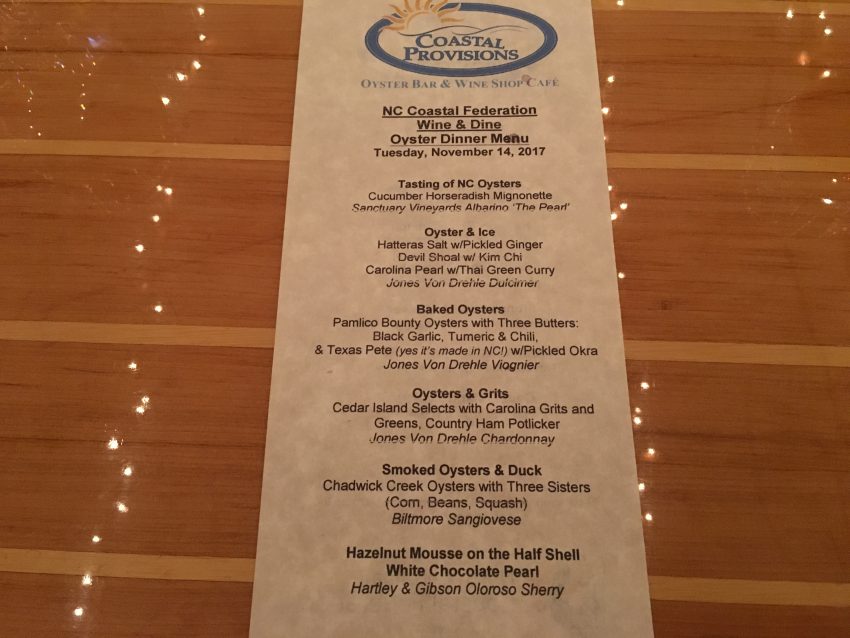 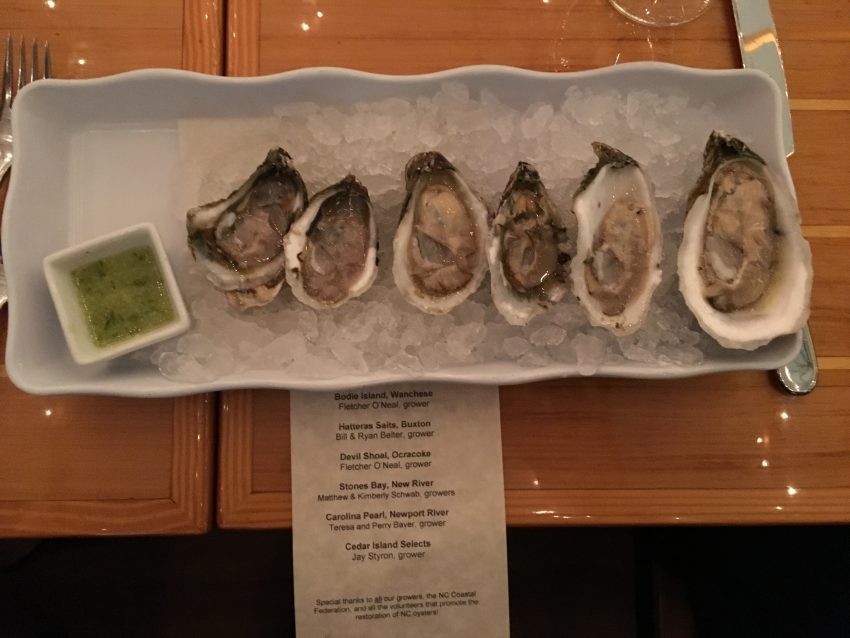 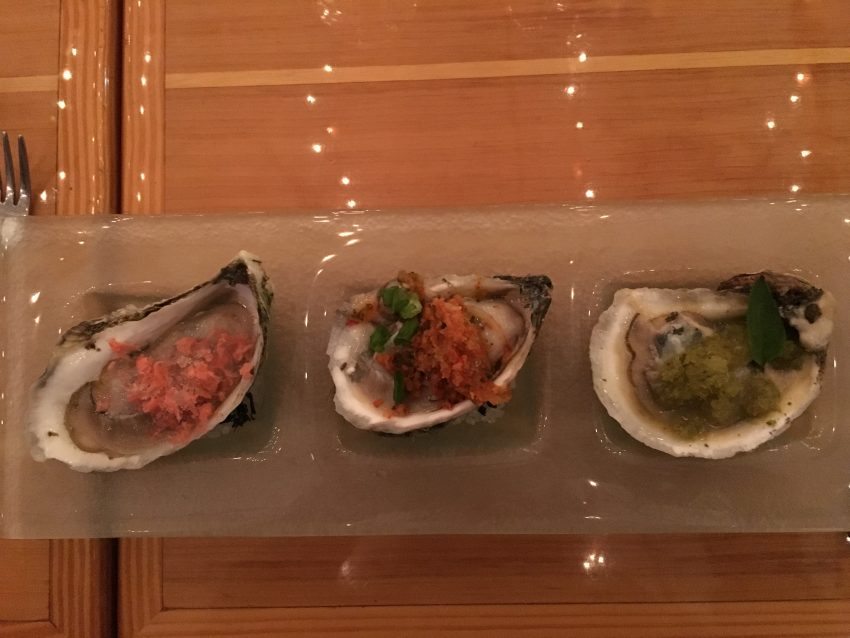 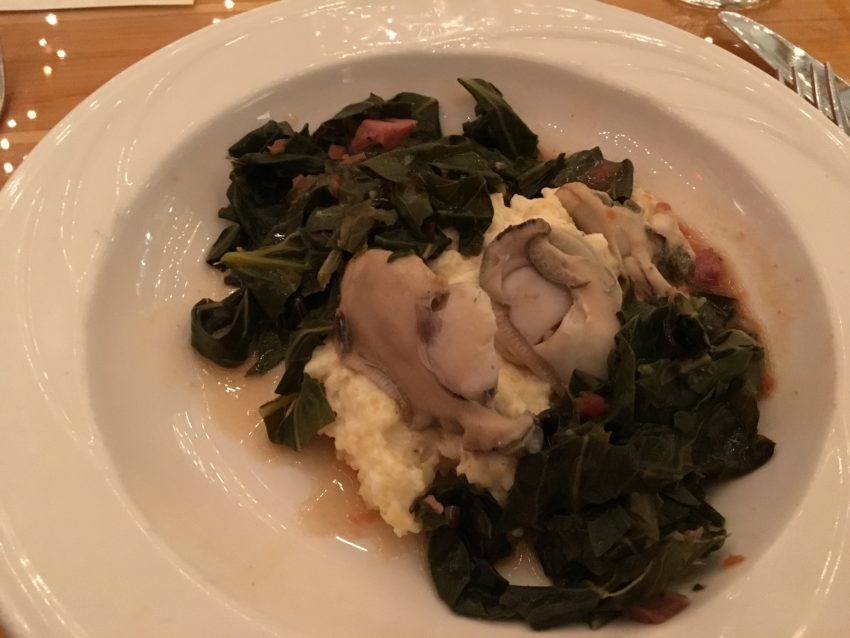 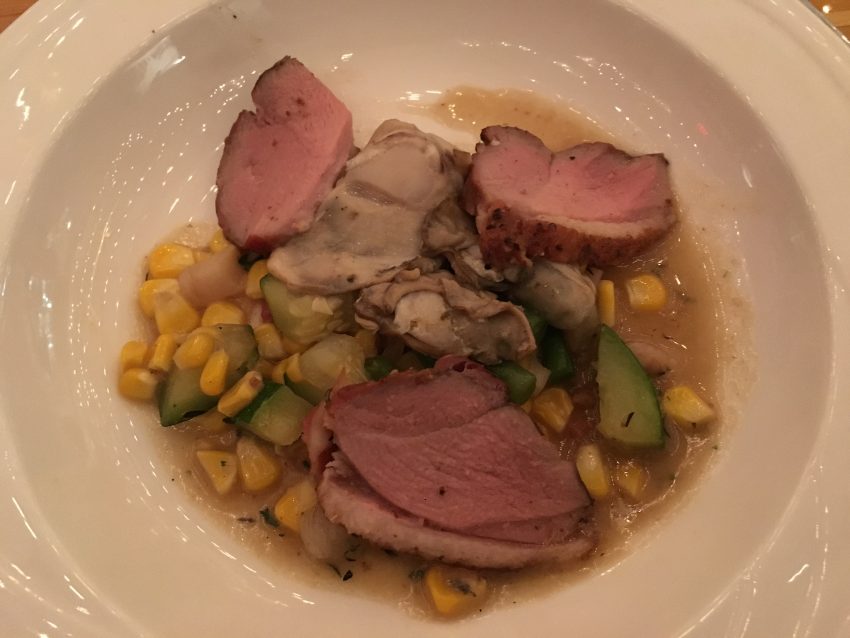 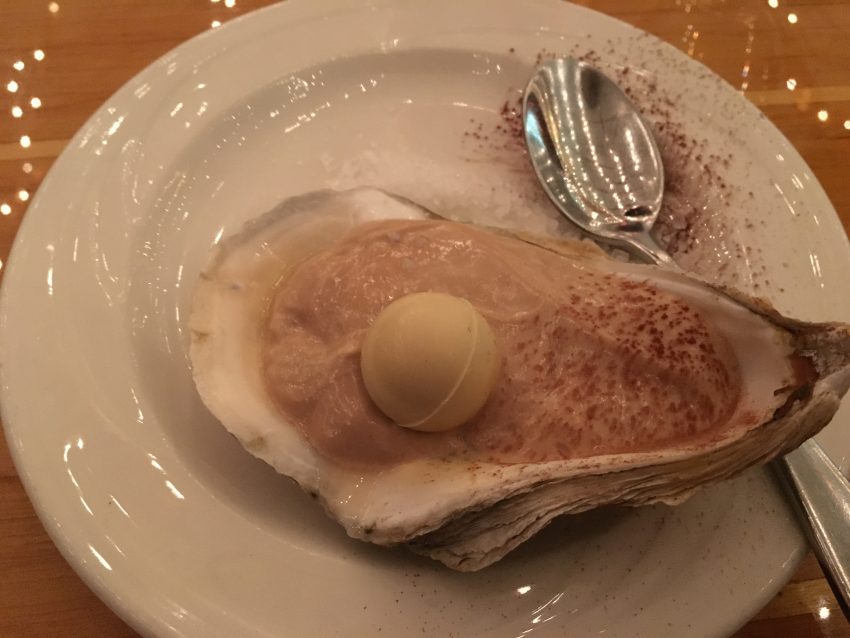 Hazelnut Mousse on the Half Shell