At the end of September, the Low Country Boil & Brew brought together approximately 300 people at Wrightsville Beach Brewery in Wilmington for an afternoon of good music, yard games, beer and local seafood.

“Many of the people who attended were wearing Coastal Federation hats and gear, which is always great to see,” said Jessica Gray, coastal outreach coordinator for the Wrightsville Beach office.

Two members of the band The Midatlantic, Will and Steve, performed at the brewery’s beer garden. Wrightsville Beach Brewery donated two kegs, an Oktoberfest and a Peach Ale.

Carolina Paddleboard Co. donated a stand-up paddleboard, which was raffled off at the event and won by Whitney Roberts.

Proceeds from the event supported the federation’s clean water projects in the Cape Fear coastal region.

Check out some photos from the event. All were taken by Bill Ritenour for Salt Magazine. 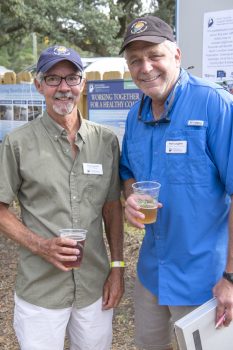 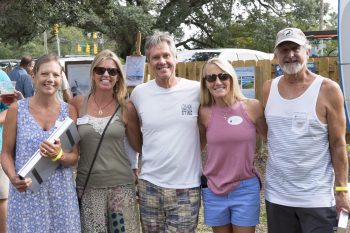 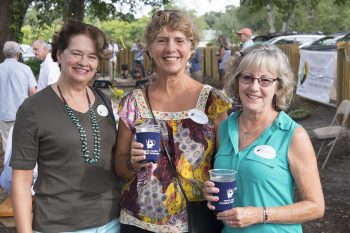 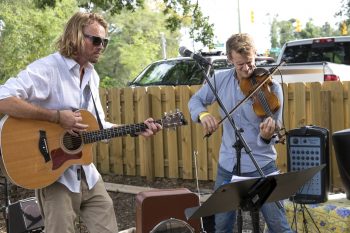 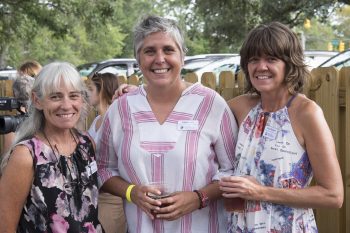 Just two weeks later, the annual Swim the Loop supported the federation by selecting it as its charity beneficiary. A portion of the proceeds from the race benefit the federation and its efforts to protect and restore coastal habitats, as well as to educate people about why it’s important to protect the coastal environment.

Gray said that approximately 300 swimmers participated in the 1.3- and 3.5-mile races — including the federation’s very own Tracy Skrabal. Skrabal is the manager and coastal scientist at the Wrightsville Beach office, and she is an active swimmer and surfer.

Plenty of volunteers, including people who often volunteer for the federation, showed up to make sure things went smoothly in the water and to help with registration. Volunteers provided water support from kayaks and paddleboards.