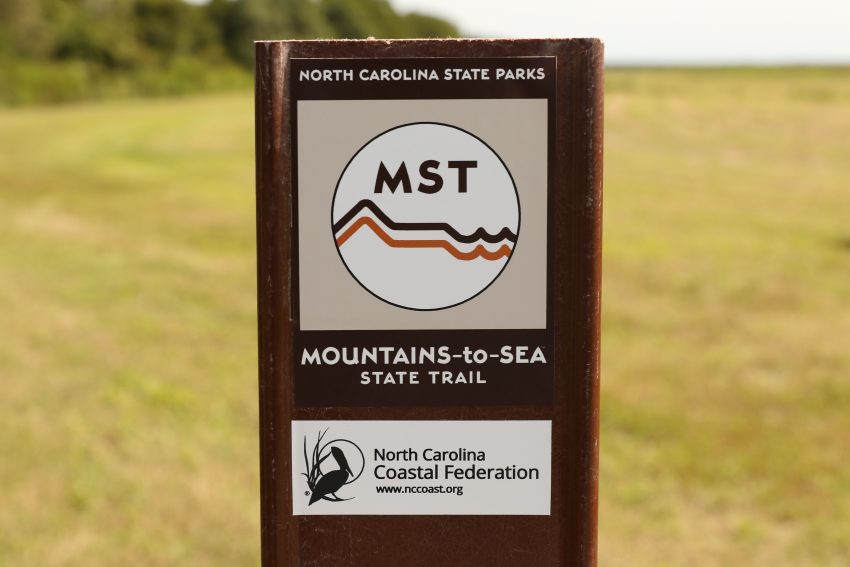 Sixteen people visited the North River Wetlands Preserve on the cool, sunny morning of Saturday, Sept. 9, to celebrate the dedication of 8 new miles to the North Carolina Mountains-to-Sea trail.

The Mountains-to-Sea Trail is a state trail that runs from Clingmans Dome in the Great Smoky Mountains National Park, all the way to Jockey’s Ridge State Park. The NC Trails Program, which is part of the North Carolina Division of Parks & Recreation, partnered with the federation to route the trail through the 6,000-acre preserve.

“The preserve is a great place for this new part of the trail because it exposes people to the great diversity of nature on the coast, and it also gives hikers from all over the chance to learn more about what the federation is doing to protect the coast,” said Sam Bland, coastal specialist for the federation.

The trail is currently around 650 miles and growing. The 8-mile segment at the preserve was designated as part of the Mountains-to-Sea Trail system in May, but it is now officially open to the public.

The day began with a dedication ceremony in which federation staff, along with April Clark, federation board member, and Scott Crocker, manager of the NC Trails Program, participated in a ribbon cutting to celebrate the official opening of the trail. Following the ribbon cutting, the group hiked and biked parts of the trail.

“The North River Wetland Preserve gathering was a great example of how the community and partnering state and nonprofit organizations continue to come together to help the Mountains-to-Sea State Trail grow mile after mile each year,” Crocker said.

The event was held in conjunction with “MST in a Day,” a statewide event that was organized by the Friends of the Mountains-to-Sea Trail. People across the state participated in short hikes along different parts of the trail.

North River Wetlands Preserve, which is located at N River Farms Road in Otway, is approximately 6,000 acres of farmland that the federation and its multiple partners, members and community volunteers have been working to preserve and restore back to forested, freshwater and tidal wetlands since 1999.

The restored wetlands provide habitat for a variety of wildlife, and over 240 bird species have been recorded at the site. The preserve is great for birding, wildlife spotting, biking and walking. Visitors can often get a glimpse of deer, turtles and snakes. Occasional sightings include bobcats, turkeys, quail, coyotes and river otters.

Learn more about the federation’s ongoing work at the North River Wetlands Preserve, including the current restoration of a 9-acre tidal marsh, at nccoast.org/northriver.

Press on the pictures below to learn more about the event: 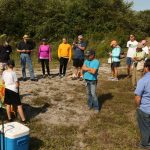 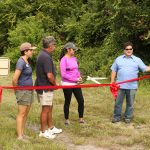 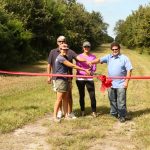 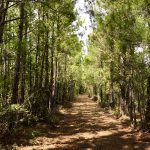 The view from part of the trail. The preserve has a diversity of trees, plants and wildlife. 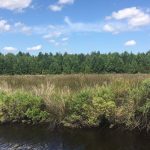 The restored wetlands at the 6,000-acre North River Wetlands Preserve provide habitat for a large variety of wildlife. 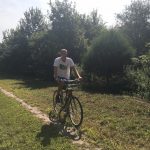 Bikers and hikers test out the trail. 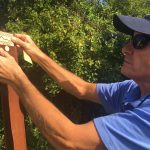