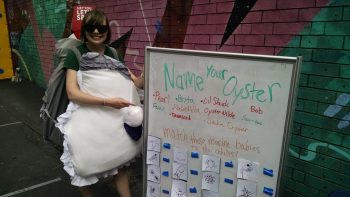 Kelly Bodie, membership director for the federation, ran the booth while wearing the federation’s oyster costume. She talked to people about oysters and how they benefit North Carolina’s economy and environment and promoted the Adopt an Oyster program.

“Jaws Fest was a complete blast and we were honored to participate. Twenty-five oysters were adopted to support our 50 Million Oyster Initiative and kids of all ages loved testing their knowledge of coastal creatures,” she said. “Thanks to all of the participating businesses for making this one-of-a-kind event so much fun.”

Hundreds of people attended Jaws Fest, which is a Chapel Hill block party that features local music, food and merchandise. Syd’s Hair Shop has donated to the federation in the past, and the local barcade The Baxter hosted the dunk tank. 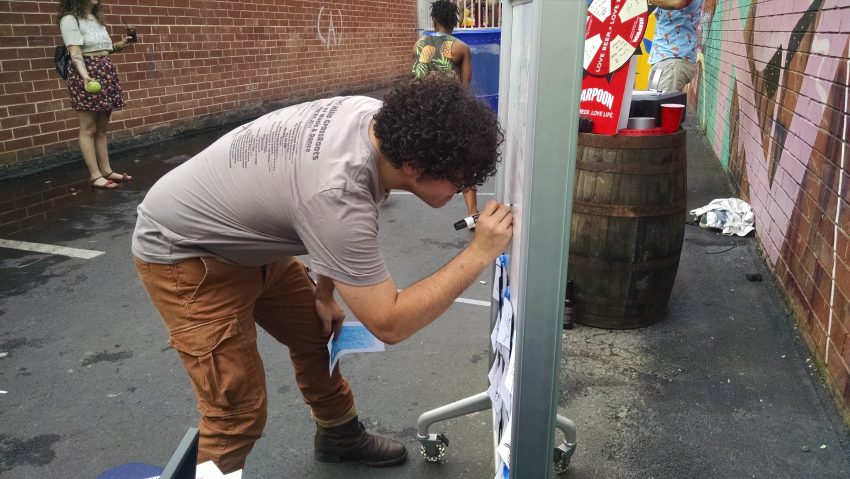 A man names his oyster at Jaws Fest. 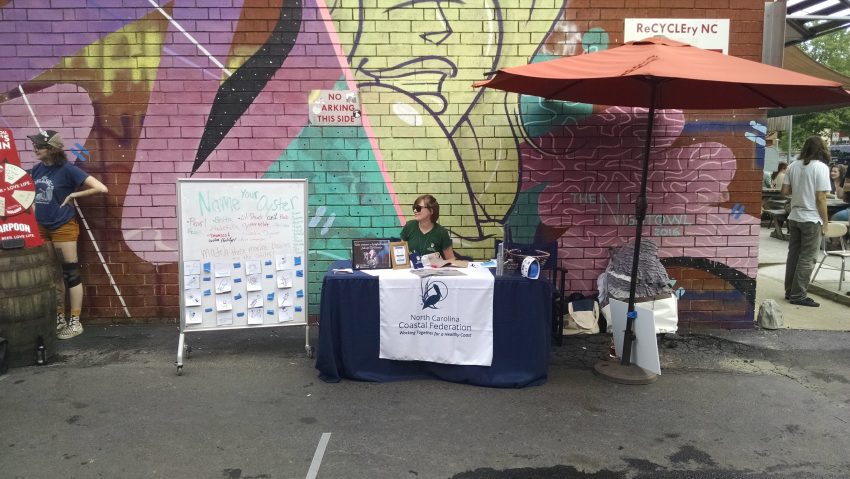 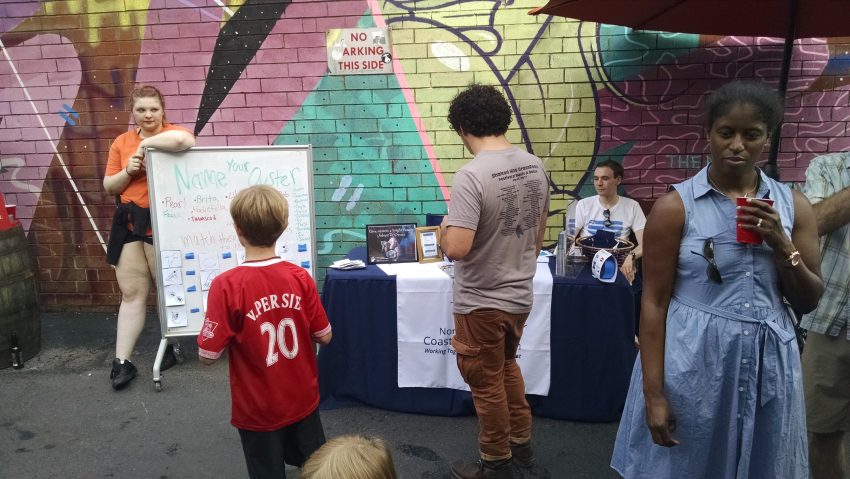 People stopped by to learn about oysters and the coastal habitat in general.