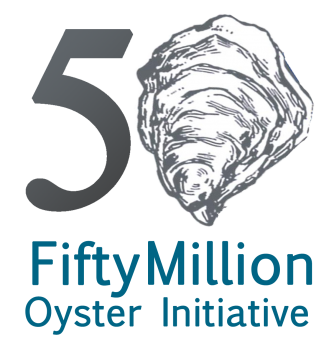 At the end of December, the federation announced its 50 Million Oyster Initiative, a three-year campaign to restore 50 million oysters in North Carolina waters.

The initiative launched in Pamlico Sound, where the federation and its partners are creating 50 acres of new oyster sanctuaries in the next three years. As always, the federation will continue with oyster restoration throughout the entire coast, and every bag of oyster shells put in the water during its many living shoreline projects will contribute to this initiative. With each acre supporting approximately one million oysters, there will be 50 million oysters supporting many different species of fish and wildlife by 2020.

The 50 Million Oyster Initiative puts all of oysters’ many benefits to work, short-term and long-term. It provides jobs for contractors, fishermen, construction workers, truck drivers and many others during the construction of the reefs. After the reefs are completed, the initiative will improve fish habitat and water quality, which benefits both commercial and recreational fishermen, the tourism industry and the coastal environment as a whole for years to come.

Work on the initiative kicks off with the construction of at least 15 acres of the reefs in Pamlico Sound in spring 2017. This project is funded by a grant from the National Oceanic and Atmospheric Administration, through state appropriations from the North Carolina General Assembly, foundation support from Grady White Boats and member support from donors like you. 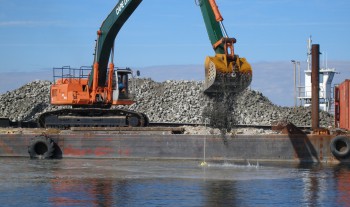 This initiative is ambitious and relies on support from many, varied sources. Since 2003 the federation has spearheaded efforts to restore oysters and has recently adopted the goal of making North Carolina “the Napa Valley of oysters.” Federation staff works in an interdisciplinary way with countless sources of support, including state agencies, legislators, commercial and recreational fishermen, contractors, local businesses and coastal residents and visitors, and the federation will continue to work with these stakeholders moving forward with this initiative.

Oysters are the cornerstone of our estuaries, and when oysters are healthy, the coastal environment and economy grows.

To support this initiative, please visit nccoast.org/50million. If you have questions, please contact Erin Fleckenstein, coastal scientist and regional manager at the Wanchese office, at erinf@nccoast.org or 252-473-1607.