MOREHEAD CITY — Hundreds of people from all walks of life lined up for hours on May 1 to have a chance to celebrate the life of Charles Jones. His unexpected passing last week was a shock to everyone.  Sixty years is just too early to depart life, and his family graciously welcomed everyone who came to say their goodbyes to a very good person. 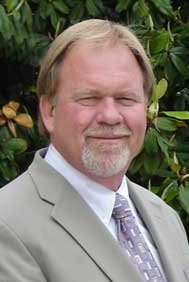 People from every aspect of life in Carteret County and throughout N.C. came together to honor a life well lived.  There were land surveyors, teachers, developers, lawyers, government officials, environmentalists and many of his Downeast Carteret County neighbors.

A local native, Charles gave back to the community in many ways.  He worked for many years for the N.C. Division of Coastal Management where he eventually became its director until his retirement in 2009.  Since then he became chairman of the board of the Core Sound Waterfowl Museum and Heritage Center on Harkers Island, and continued to engage in many civic affairs to help protect and improve coastal N.C.  Here is the obituary.

Charles retired from his career in coastal management without having lost his sense of humor and his friends and with his ability to avoid polarizing people and segments of society. He built bridges between diverse groups of people and was able to put issues into a perspective that helped people to work together and to have a better understanding of their different viewpoints.  He held his ground when necessary, and tried to navigate issues in a way that resolved and did not fester conflicts.

Charles instinctively knew the ways and means of our coast and its communities.  That made him an extremely effective coastal manager and advocate.  His easygoing yet steady touch enabled him to bring people together to make the coast a better place for all of us to live, visit, work and play.  He will be missed.