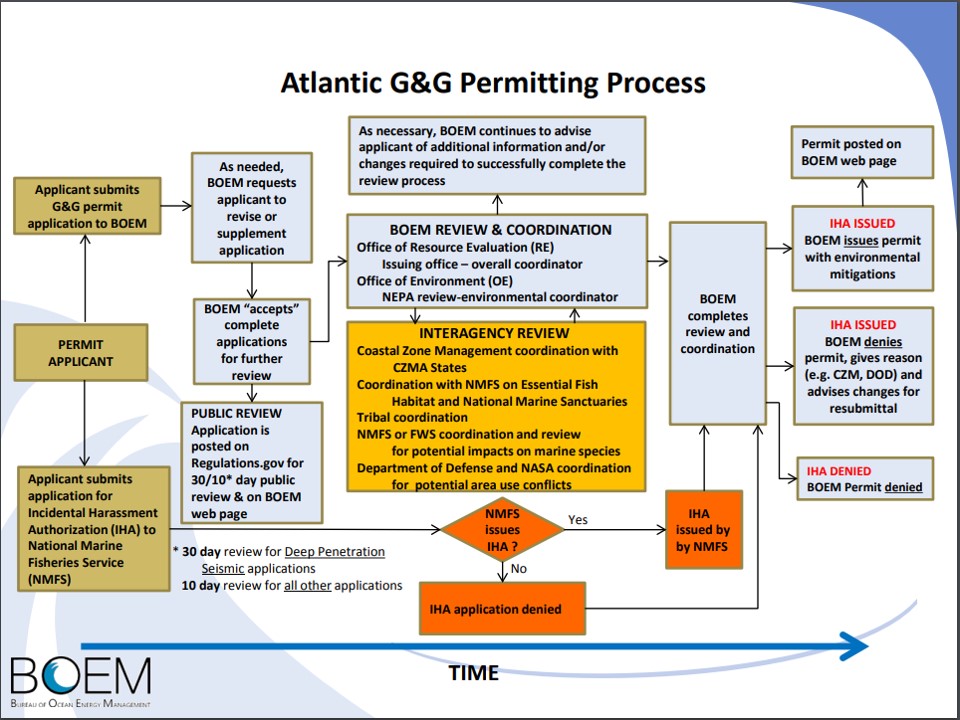 There is no doubt that seismic blasting to explore for oil and gas off our coast will have negative effects on fish and marine mammals and will limit public access to ocean waters for recreational and commercial fishers. Because of this, the Coastal Federation joined the State of North Carolina in objecting to WesternGeco’s proposal to conduct seismic surveys off our coast as part of our long standing opposition. The state maintains that that seismic testing is inconsistent with the North Carolina Coastal Zone Management Act but WesternGeco appealed the state’s finding to the U.S. Department of Commerce.

In a negative turn of events, the state’s opposition was overridden on June 15, 2020 in a decision by the U.S. Under Secretary of Commerce for Oceans and Atmosphere. The N.C. Department of Environmental Quality joined the federation and numerous groups in voicing disappointment with this decision and is currently reviewing options to appeal in federal court.

Additionally, the federation is a plaintiff in a pending lawsuit challenging the decision of the National Marine Fisheries Service to issue incidental harassment authorizations (IHAs) or the approval to potentially injure marine mammals while conducting seismic blasting. This lawsuit is currently under review by the U.S. District Court. This case focuses on inconsistencies with the 1972 Marine Mammal Protection Act to protect marine mammals. To learn more about the Atlantic Geological and Geophysical (G&G) permitting process click here. Be sure to stay informed on how your local and state candidates stand on these important issues. You can also keep up to date on the latest news about offshore drilling in North Carolina HERE.