On Nov. 30, 2018 the National Marine Fisheries Service (NMFS) granted incidental harassment authorizations (IHAs) to five companies that submitted applications to conduct geophysical surveys along the Atlantic Outer Continental Shelf. The NMFS is required to review the applications in accordance with the Marine Mammal Protection Act (MMPA) and provide companies with a suite of monitoring and mitigation requirements.

According to the MMPA, these authorizations can be issued for “non-fishing activities including oil and gas development, military readiness activities, renewable energy projects, construction projects, and research.”

An IHA essentially grants these companies the ability to unintentionally “harass, hunt, capture, or kill” a small number of marine mammals. 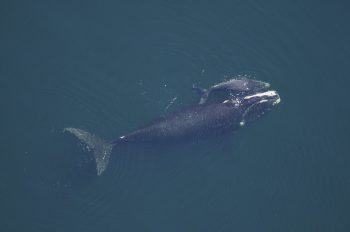 The North Carolina Coastal Federation is concerned that the continuous and cumulative airgun blasting associated with seismic testing surveys will negatively impact marine mammals. Recent studies indicate that marine mammals are likely to suffer from communication disruptions and behavioral disturbance resulting in stranding and even death.

Seismic blasting negatively impacts fish as well from stunning and disorienting them to killing them. A study conducted in Beaufort Inlet, N.C. in 2014 showed that at the time of a seismic blast 78 percent of the fish fled from the reef. Many of these fish were commercially and recreationally important to the area.

Studies have also shown that seismic activity can dramatically decrease the abundance of zooplankton, which is a key organism in the marine food web and a main source of food for fish and baleen whales.

Seismic testing surveys are the precursor to offshore oil and gas exploration and drilling — an activity that the federation strongly opposes. The release of the proposed Outer Continental Shelf Oil and Gas Leasing Program (National OCS Program) for oil and gas lease sales during 2019 – 2024 is expected to occur by the end of the year or beginning of 2019.

“This would be a disaster for our coast,” said Todd Miller, executive director of the federation. “We do not need to become the new ‘oiled coast.’”

Additionally, Gov. Cooper recently declared his opposition to the decision made by NMFS to grant IHAs, reiterating his opposition to offshore drilling. N.C. Attorney General Josh Stein assembled a coalition of attorney generals against offshore drilling following the release of the draft proposed National OCS Program 2019 -2024 and may take legal action following the release of the proposed program should it include the Mid- and South-Atlantic planning areas.