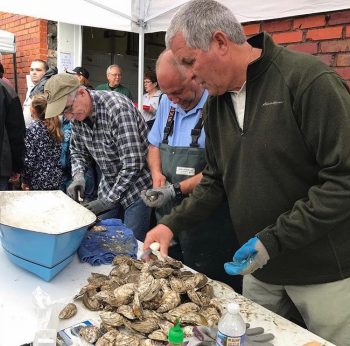 New friendships were formed at the Toast to the Coast Oyster Roast hosted by Outer Banks Distilling, the makers of Kill Devil Rum, in downtown Manteo this past weekend.  Following the release of their winter spiced rum, staff and volunteers from the North Carolina Coastal Federation’s northeast office were excited to participate in the distillery’s first oyster roast and tasting, highlighting North Carolina restaurants and brands. Local oysters including Slash Creek Oysters, Devil’s Shoal Oysters, Cape Hatteras Oyster Company and Savage Inlet Oysters were featured on the half shell. Both locals and visitors enjoyed speaking with the growers who attended to generously shuck oysters for guests and answer questions.

Two Roads Tavern provided their own unique spin on grilled oysters and Greentails Seafood Market and Kitchen provided a classic southern rockfish boil as an alternative option. Beer and wine provided by Lost Colony Brewery, the Outer Banks Brewing Station and Sanctuary Vineyards added a final touch to the day. Approximately 25 bags of oyster shell were collected by volunteers throughout the event to use in future federation restoration projects. Despite the rain, a large crowd attended and proceeds were graciously donated to the federation. A huge thank you to all the volunteers, oyster growers and restaurant staff who shucked quickly to keep up with the large crowds and to Outer Banks Distilling for hosting and consistently prioritizing the community in their business model. Rain or shine, all had a great time!

See photos from the event: 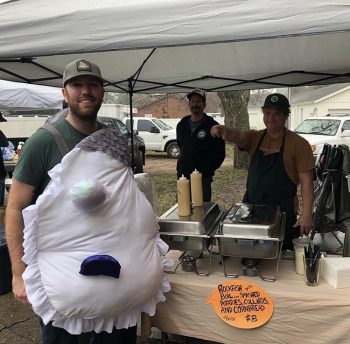 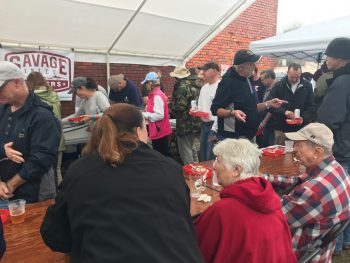 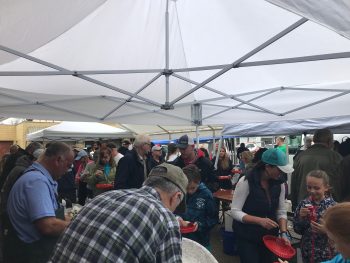 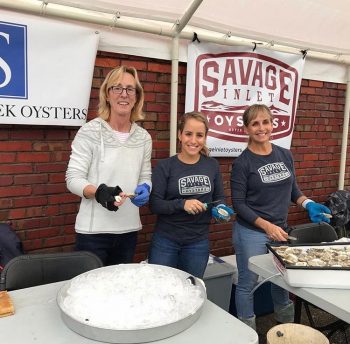 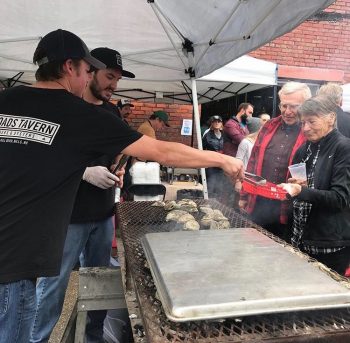 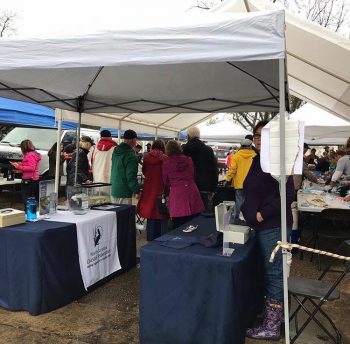