A total of 76 commercial watermen worked throughout the coast of North Carolina in January to collect 3,496 lost crab pots as part of a statewide marine debris removal effort to prevent hazards for people and wildlife.

The project takes place during the no-potting period when all crab pots must be removed from the water due to fishing regulations. This cleanup was conducted in all three Marine Patrol districts — covering all internal coastal waters — for the second year. The project lasted from Jan. 17-27, with boats working anywhere from two to six days, depending on the Marine Patrol district. Since the project started soon after winter weather along the coast, many boats had to break through ice. Check out this video of Keith Bruno, a fisherman in District 2, breaking through ice.

Chart of number of pots collected by year. The highlighted sections note the Lost Fishing Gear Recovery Project, which was only in District 1 from 2014 to 2016. Click to expand.

The following is a region-by-region breakdown:

“This project has established truly remarkable partnerships among different user groups,” said Sara Hallas, coastal education coordinator for the federation and project lead. “I’m proud both to be involved myself and of the federation for bringing everyone together. The combination of knowledge and expertise of these groups working together for a common goal is crucial to the project’s success, year after year.”

Pots typically end up lost as the result of large weather events. Lost pots can become hung in man-made structures such as bridges, or they can drift into channels over time, increasing the likelihood of buoy detachment by vessel traffic. 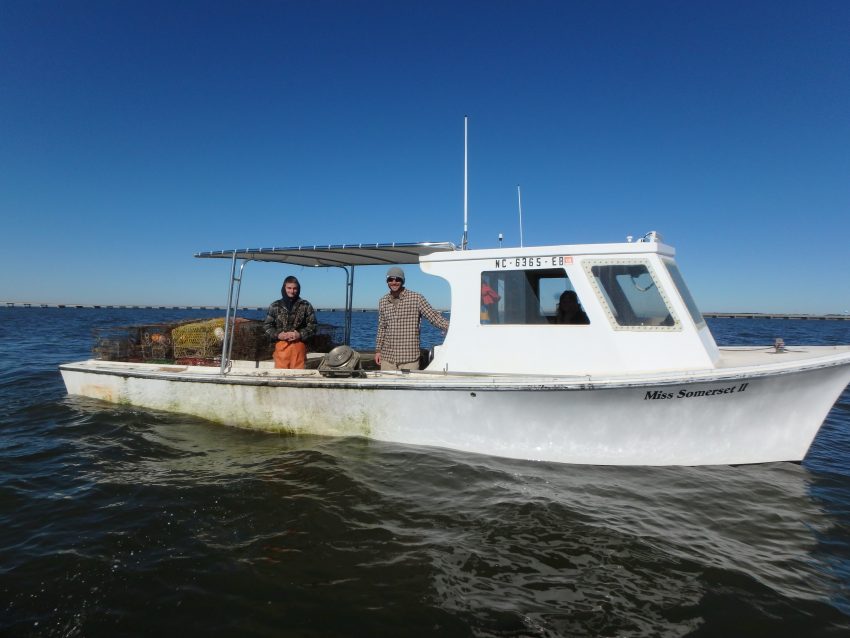 Commercial watermen are able to predict where lost pots may end up based on shifting currents and tides, and this project also creates opportunities for work during a slower time of the year due to colder waters and the multi-week crabbing closure.

“We are out working on the water almost every day and make a living off the sound. It takes care of us so we want to take care of it,” said John Silver, a waterman who annually participates in the District 1 cleanup.

Prior to 2017, this project was funded by the National Oceanic and Atmospheric Administration (NOAA) Marine Debris Program to recover crab pots from Marine Patrol District 1. The funding from the General Assembly made the 2017 expansion possible.

The cleanup is held in partnership with North Carolina Marine Patrol, with additional financial support from the NOAA Marine Debris Program.

“We are grateful and appreciative of the assistance and support for removing derelict crab pots from coastal waters during the closed potting season this year,” said Marine Patrol District 1 in a statement. “The increased assistance from local watermen and the federation has helped free up Marine Patrol officers for other enforcement duties and assignments. This project has allowed the federation, the commercial fishing industry and the state to work together removing derelict pots from the water. We look forward to continued cooperation in the future.”

Watch this video from Outer Banks Voice to learn more about the project.