Volunteers pick up 375 pounds of trash during highway cleanup 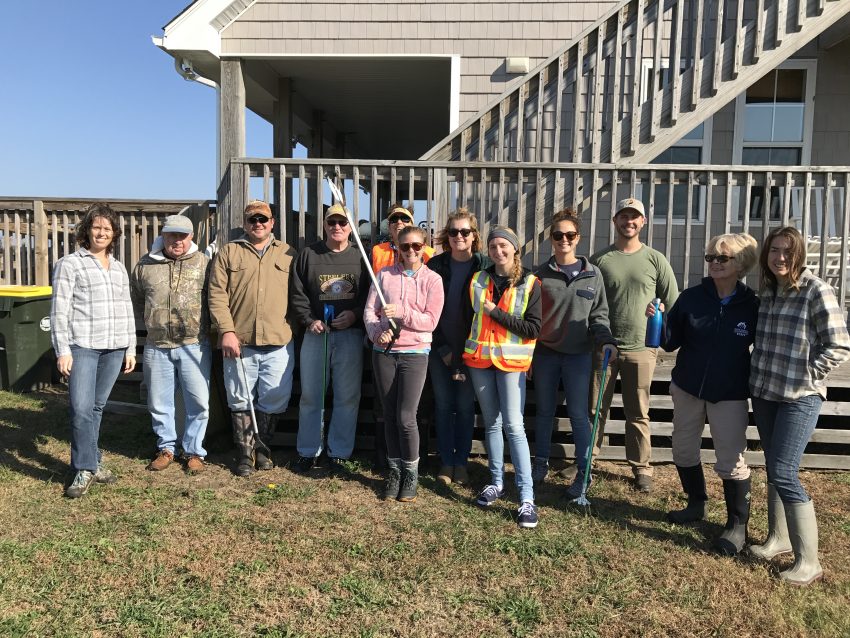 Volunteers picked up litter off an adopted two-mile stretch of N.C. 345 in Wanchese, which the federation adopted at the beginning of 2017. Since adopting it, the federation has held multiple cleanups.

At the Dec. 1 cleanup, federation staff and volunteers, as well as staff from Jennette’s Pier, Jockey’s Ridge State Park, the North Carolina Aquarium on Roanoke Island and Outer Banks Dare Challenge cleared litter from the entire two-mile stretch in one morning.

The participants filled 25 bags of trash and recyclables for a total of 375 pounds. They also removed large debris from the highway, including two tires and hubcaps. 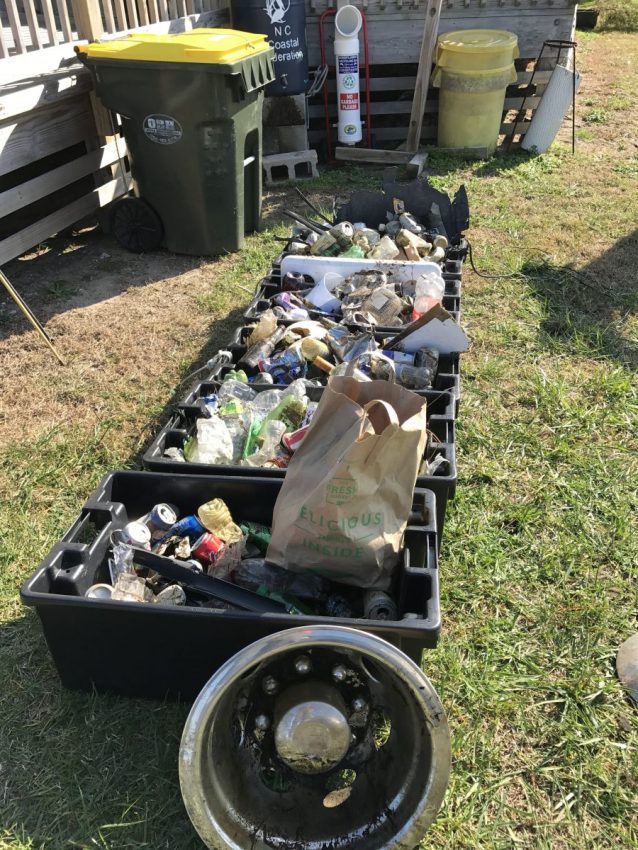 “Cleaning highways is an important part of keeping our coast clean,” said Reilly Kelly, AmeriCorps member for the federation’s Wanchese office. “Many people forget or do not realize that land-based litter is a main cause of marine debris.”

One of the North Carolina Coastal Federation’s primary initiatives is to reduce the amount of marine debris littering coastal shorelines and waterways. Marine debris can take on many forms and can be hazardous to humans and marine life. Because of its widespread scope, it’s not a problem the federation can face alone. Thanks to many community volunteers, the federation is able to work toward a cleaner, healthier coast.

For more information about the federation’s work to clean up the coast, visit nccoast.org/marinedebris.