As the school year wound down, North Carolina Coastal Federation educators had a few last lessons with students before summer started in June. Check out some highlights from the Wanchese office and the Ocean office. 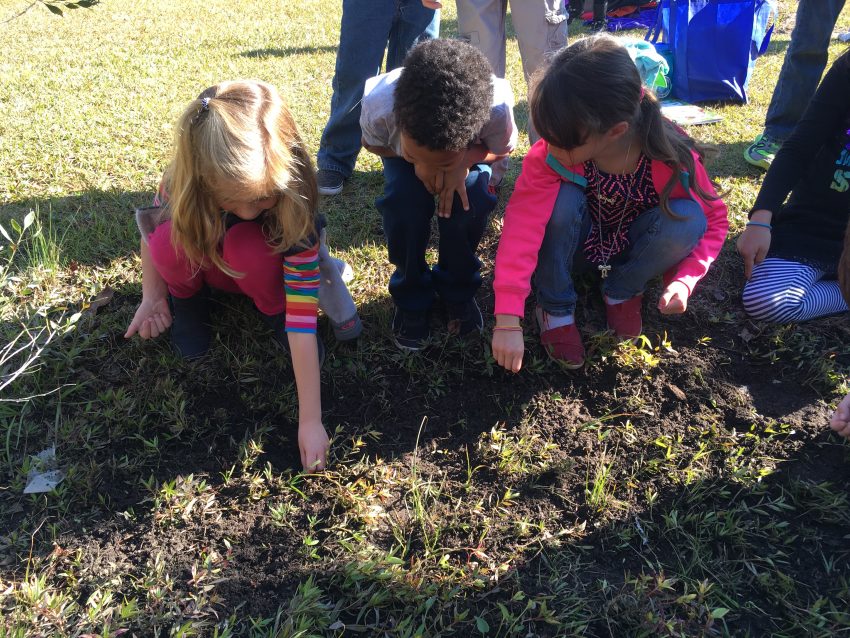 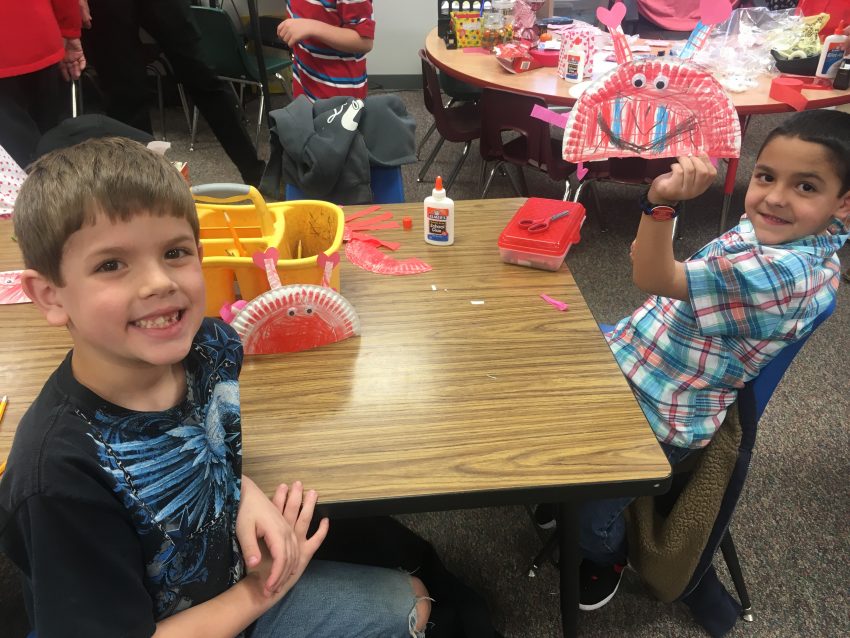 First-graders made crabs on Valentine’s Day. 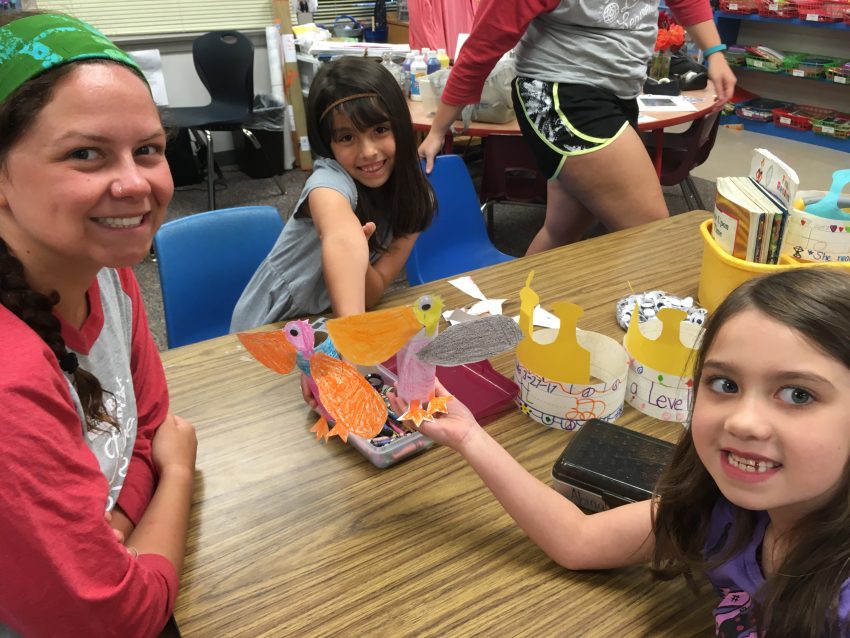 Students show off the pelicans they made in a recent lesson at Swansboro Elementary.

“It has been a really great partnership and provided us the opportunity to form a relationship with the students and build upon their knowledge of coastal environments and waterways with each visit,” Bisesi said. “Mrs. Lester is wonderful to work with, and she is dedicated to keeping our coast clean and healthy.”

Many of their activities revolved around the school’s rain garden, where they planted milkweed and cleared litter. Throughout the year, they learned about stormwater runoff and how the rain garden helps reduce the amount that reaches coastal waterways.

Students also made their own oysters out of egg cartons, created a crab while learning about estuaries and crafted their own pelican. 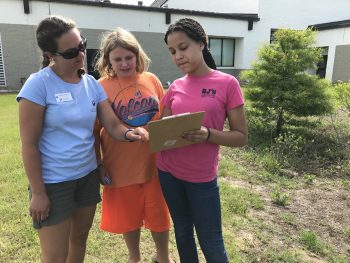 At the end of May, coastal education coordinator Sara Hallas and AmeriCorps member Erica Connery went out to First Flight Middle School in Kill Devil Hills for a rain garden workday.

They worked with four classes of sixth-grade students from the middle school on learning more about the rain garden on the school grounds. There are 18 different plant species in First Flight Middle School’s rain garden, which was planted in 2011.

Hallas said that these students had previously visited the rain garden in the fall for their science class. During that visit, they had been assigned a plant to make observations about and to sketch. This time, they used their notes to study that same plant and identify differences, which is easier said than done.

“The students are most interested in learning about the different native plants in the rain garden and how they change over time. In the sixth-grade curriculum, students learn how plants reproduce,” said Leslie Wiles, a sixth-grade teacher at the school. “While in the rain garden, they can see firsthand how only a few plants were hand planted and how those few plants have multiplied.”

In the springtime, students were also able to look for berries in some of the trees and shrubs, including beautyberry, red chokeberry and inkberry. Hallas said other changes the students noted included the softening of needles on bald cypress plants and the blooming of the lanceleaf coreopsis.

Following their own explorations in the rain garden, the students came together to teach the other groups about the plant they had identified. They also toured the rain garden and then spent some time weeding and performing other maintenance.