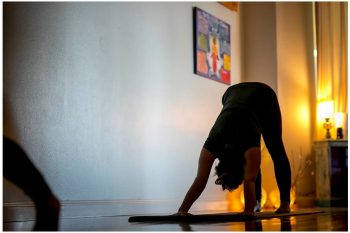 Livernois chose the federation as the beneficiary for her class.

“I choose the federation as the beneficiary for the Karma class last week because of my love for the coast and the awesome work the federation does for it,” she said. “Yoga brings awareness to the connection with the earth and all its beings.”

She said the class, which was at capacity, was a “great success.”

“Jenna has been a great project partner and volunteer with the federation. She recently helped create GIS maps by compiling data collected during the crab pot cleanup project,” said Sara Hallas, coastal education coordinator for the federation’s Wanchese office. “We’re so grateful she selected us as the community group to benefit from her class.”