A marine debris egg hunt, a recycling relay race and marine debris trivia were a few of the many events on the agenda for Marine Debris Awareness Day last week on April 12.

The marine debris egg hunt was a simulation of a litter pickup. Inside each egg was an example of common marine debris items. The group then counted the items they found at the end, just like they would when recording data during a real cleanup.

The craft station taught participants how they could reuse trash items in creative ways.

“The craft station was a big hit,” said Erica Connery, AmeriCorps member with the federation’s Wanchese office. “Participants could paint either a fish or a flower made from a plastic bottle. They also learned to make a gift bow from a chip bag.”

Outside visitors could participate in a recycling relay race, make bubble wands out of various items, compose a funny story about how unusual items end up as marine debris and a play trivia game that quizzed people on decomposition rates, numbers from cleanups, animal interactions, facts about plastics, and ideas to use more reusable items.

“Almost every supply we used for the event was a reused item,” Connery said.

Check out these photos from the event: 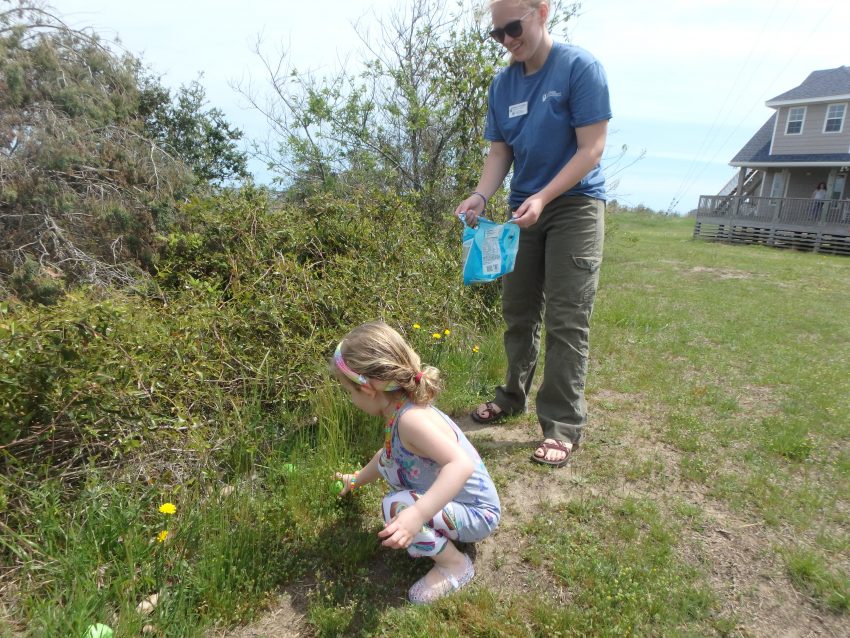 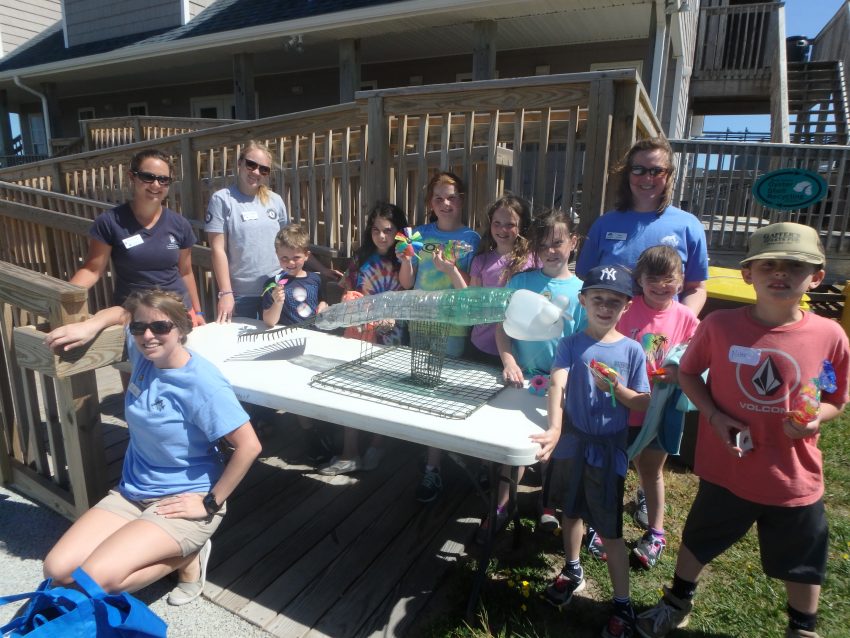 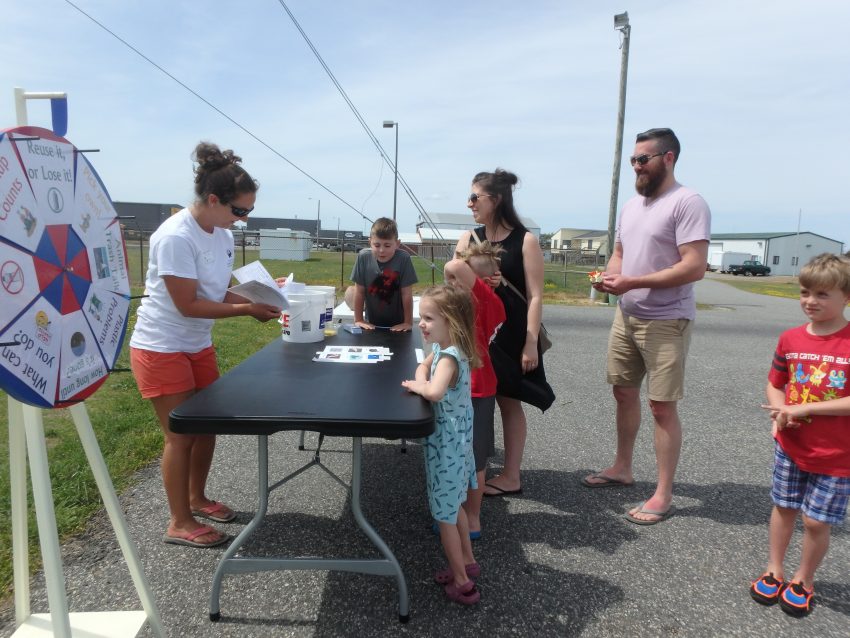 People of all ages participate in marine debris trivia. 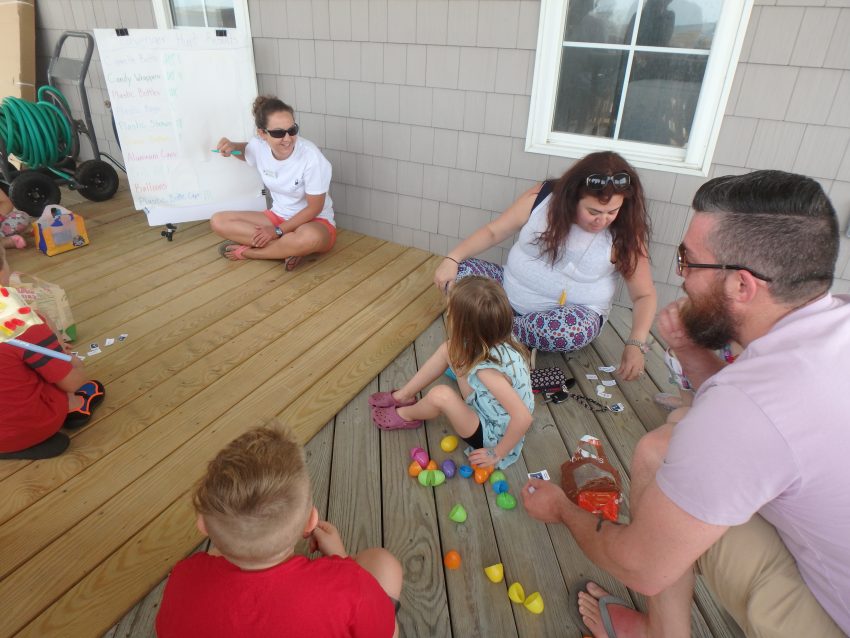