From June 20 to July 1, the North Carolina Coastal Federation hosted visitors from Environmental Watch on the North Caucasus, an environmental group based in Krasnodar Krai in Russia. While here, they participated in an assortment of restoration projects with our staff in the central and northeast offices. Check out the photo gallery below to learn more. 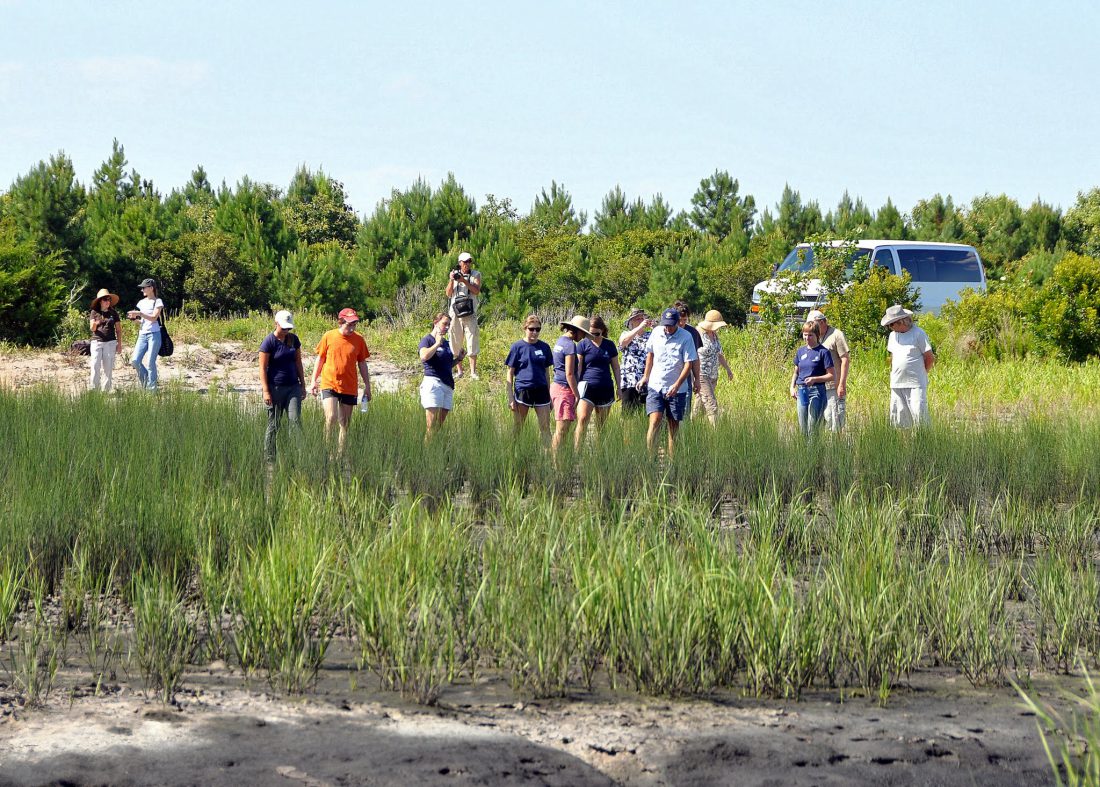 Following a coastal cruise along the White Oak River, EWNC members and federation staff visited North River Farms in Down East Carteret County on the Russians’ first day with the federation. Photo by Todd Miller 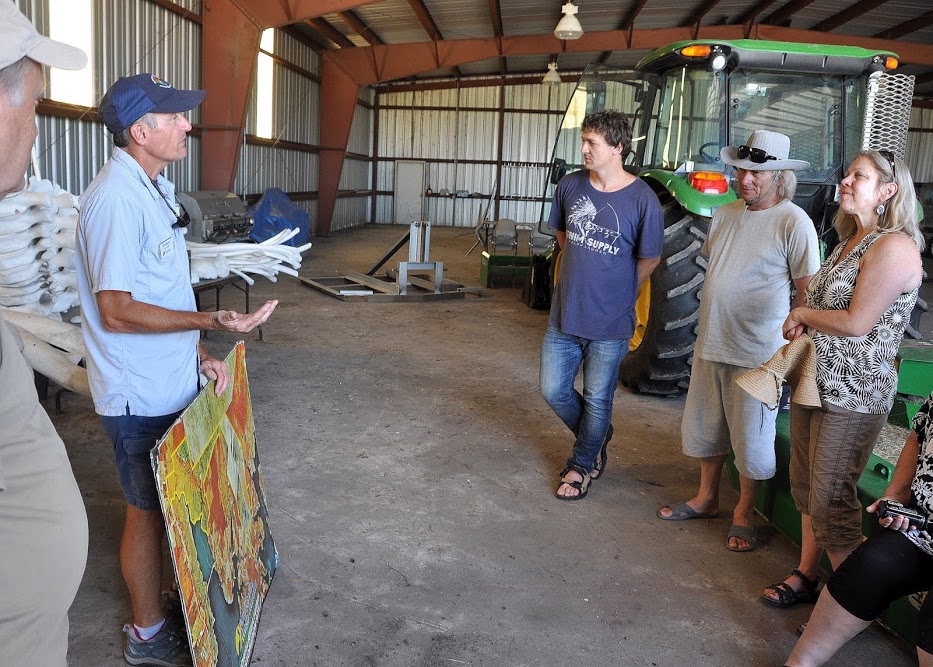 While there, coastal specialist Sam Bland described how North River Farms was restored back to a wetland after years of being used for farmland. Dmitry Shevencko, deputy director of EWNC (pictured middle) said it’s unfathomable in Russia for farmland to be used for anything else. Photo by Todd Miller 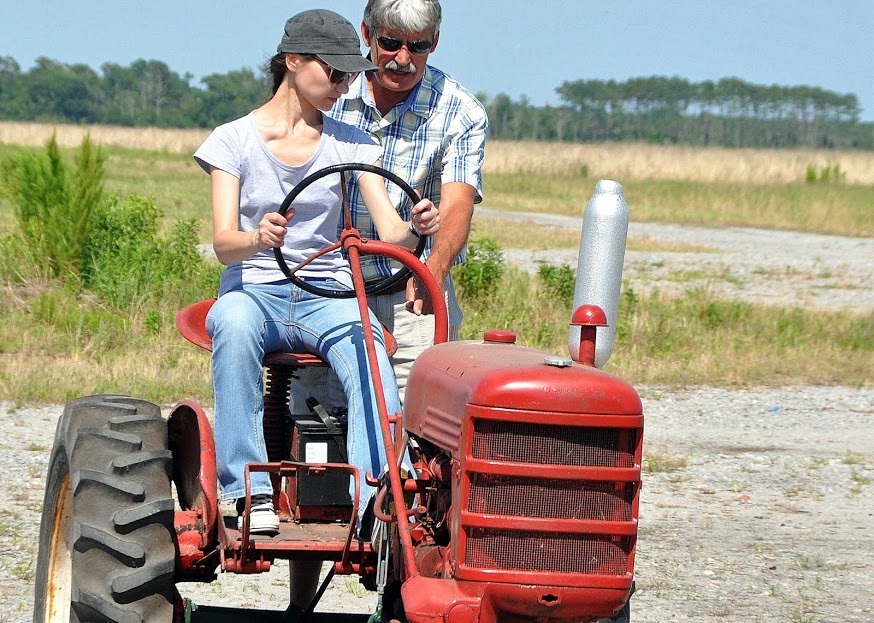 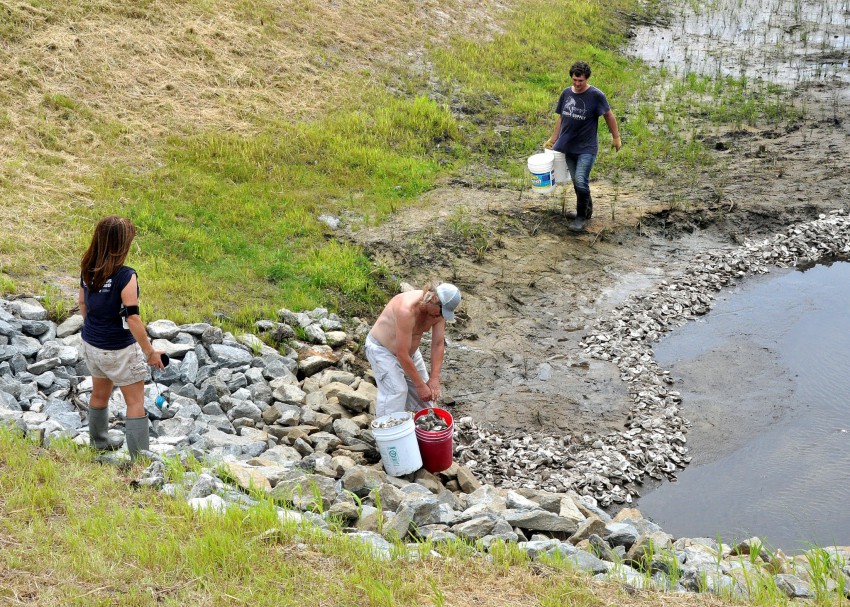 The next day, EWNC members helped put down oyster shells along the tidal creek in the recently restored salt marsh outside of Cape Carteret Presbyterian Church. Photo by Todd Miller 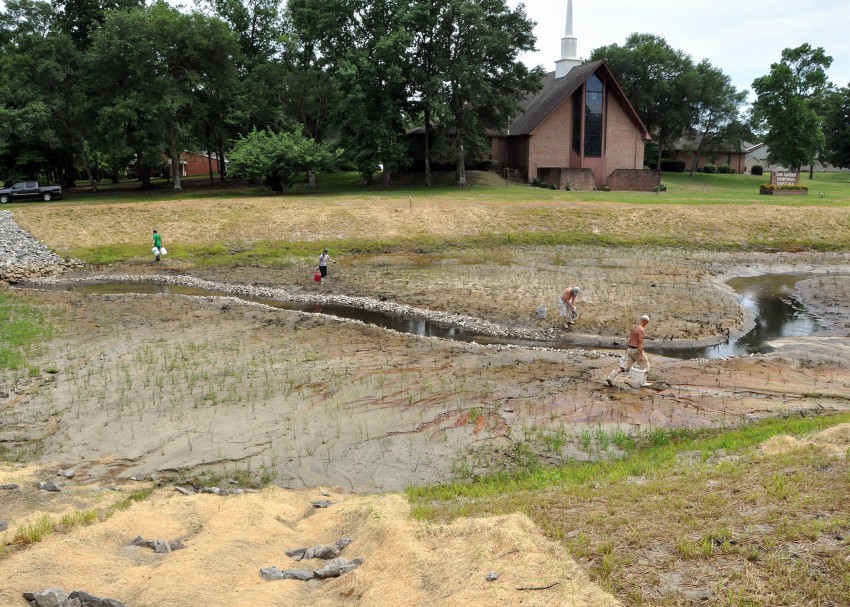 Despite the heat, they were eager to work and put down more than 80 feet of shells along both banks. Photo by Todd Miller 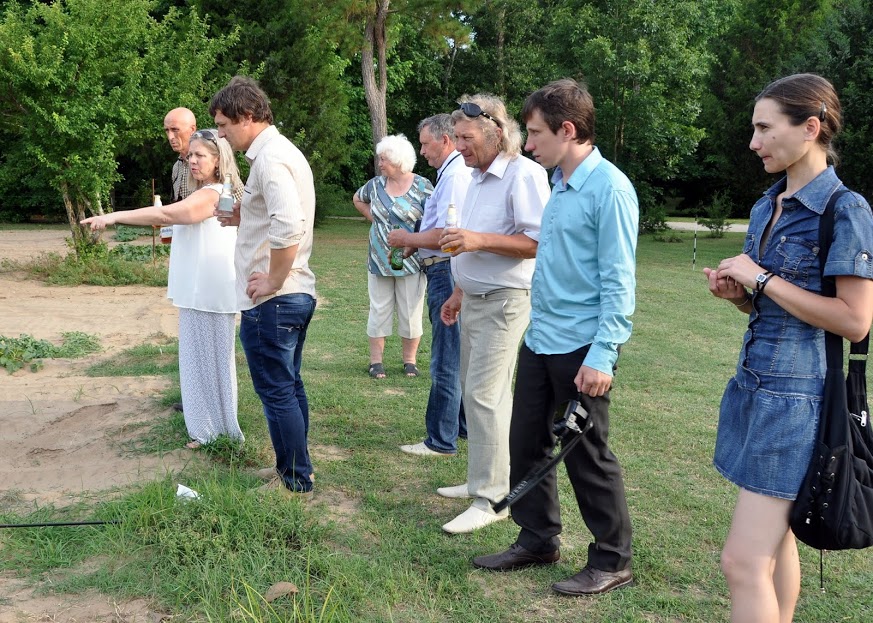 One evening, the federation and community members hosted a garden party for the EWNC members. They took a tour of Earthwise Farm before enjoying the dinner. Photo by Todd Miller 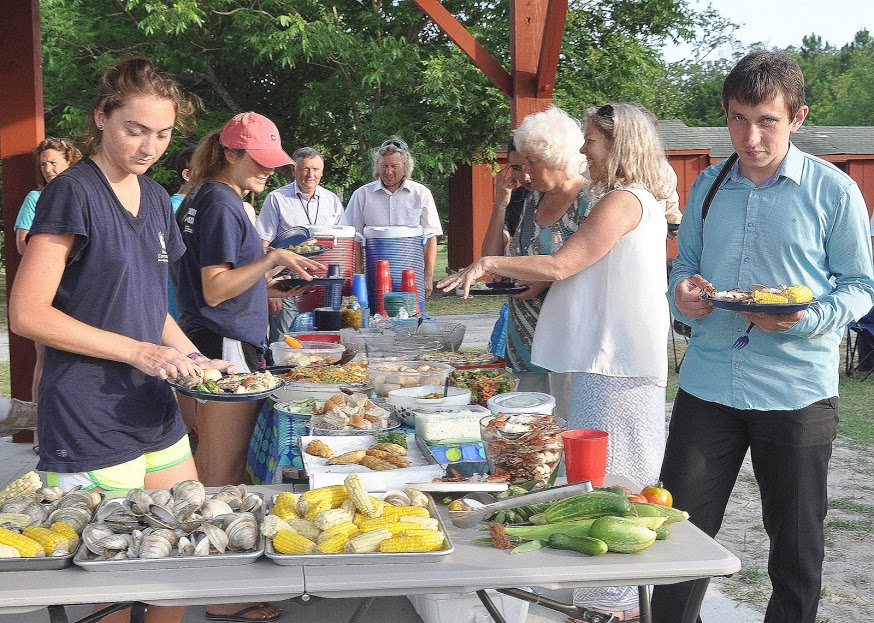 The spread at the garden party — many thanks to all who contributed! Photo by Todd Miller 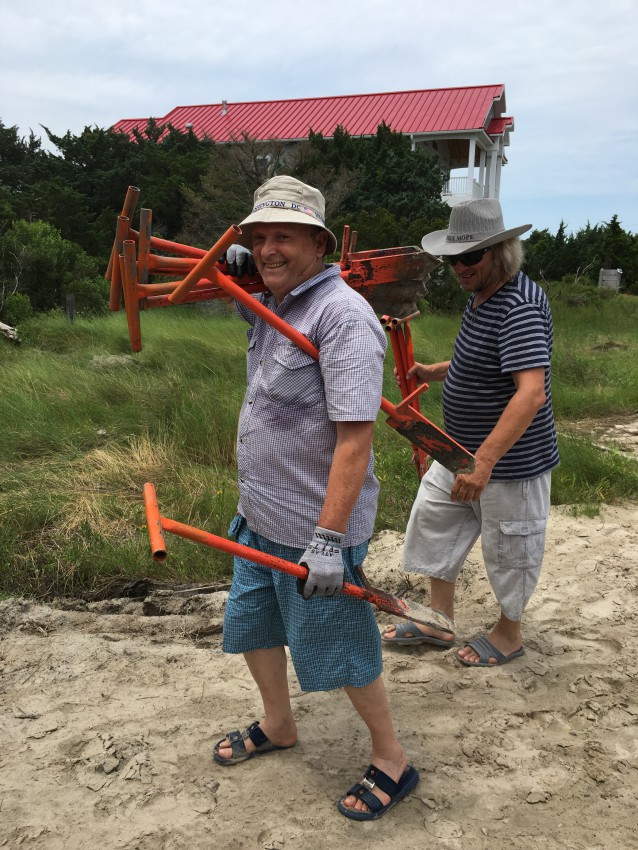 EWNC members Aleksandr Biryvkof and Sergey Haymahan carried dibble bars, used for planting the marsh grass, at the planting in Ocracoke they helped with later in their week at the northeast office. Photo by Erin Fleckenstein 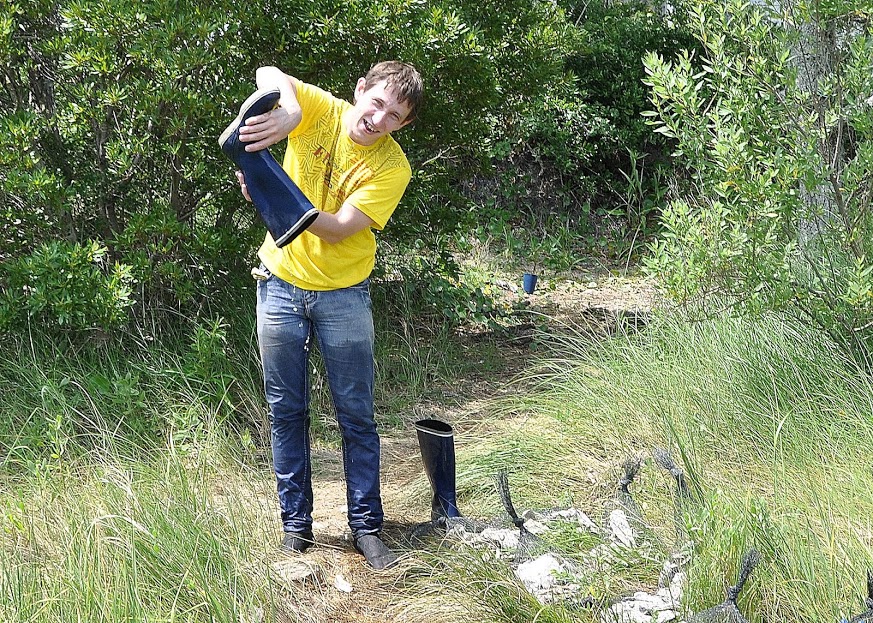 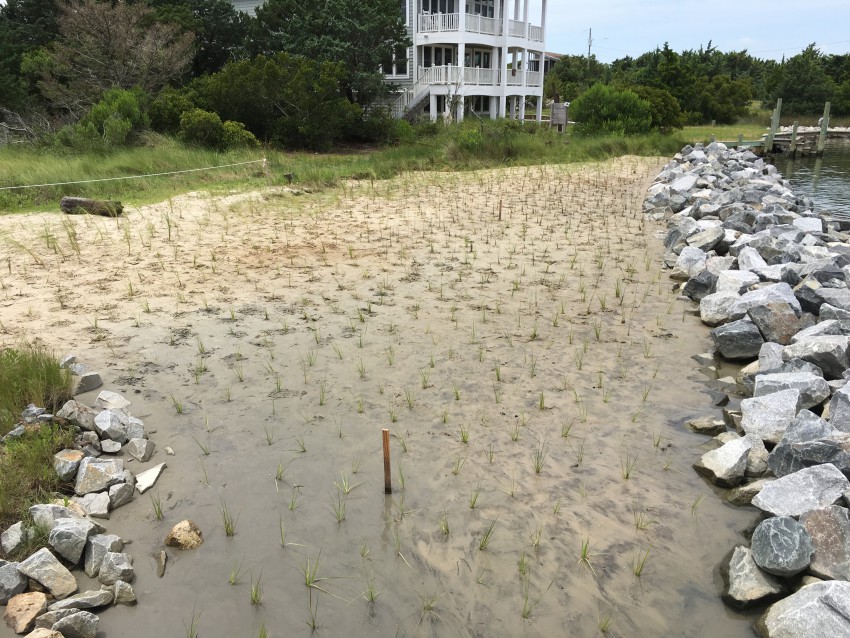 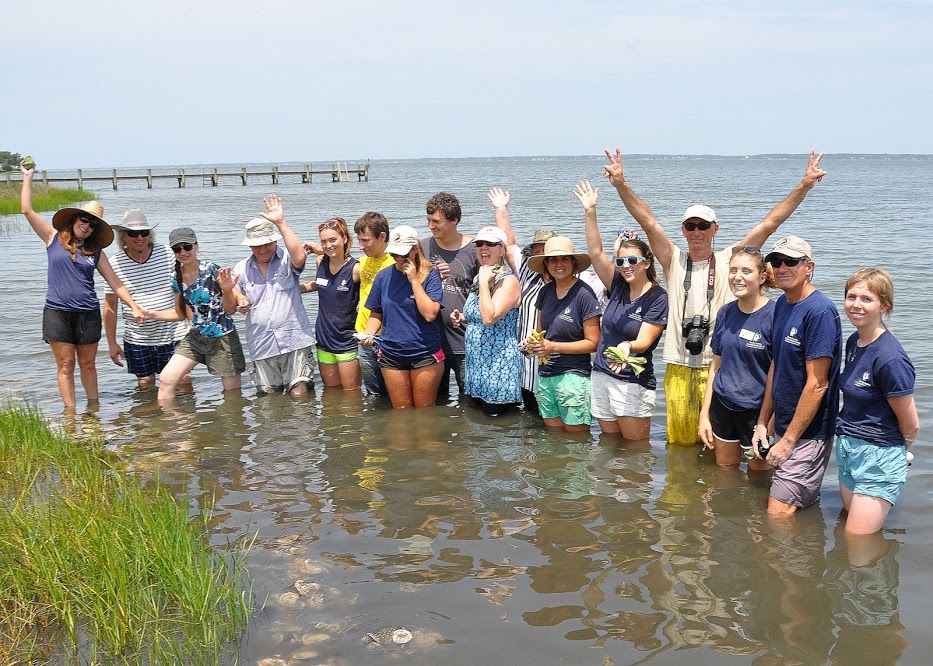 EWNC members and federation staff and interns posed in the Bogue Sound after oyster reef construction. Photo by Todd Miller 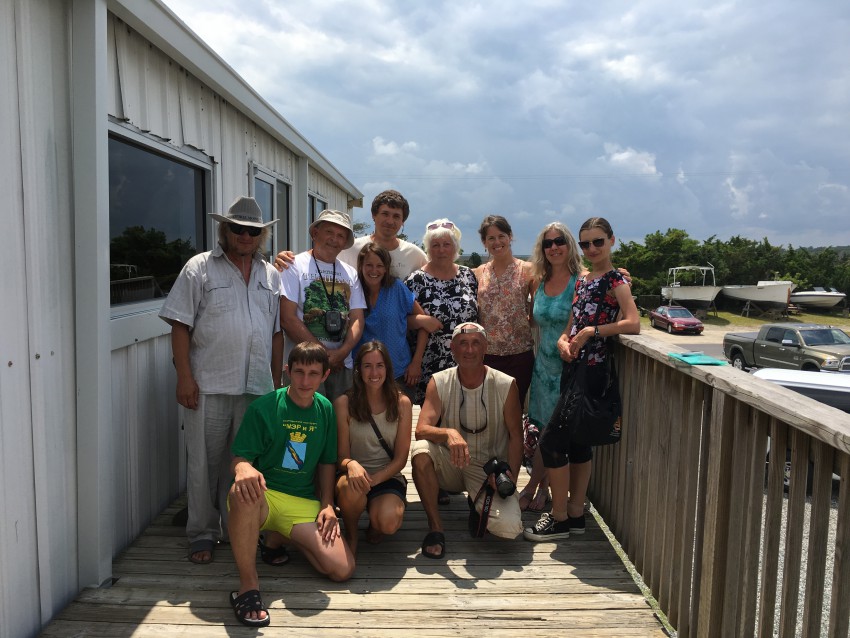 EWNC members posed with northeast staff at Great Gut Deli in Wanchese toward the end of their visit to North Carolina. The federation and EWNC had a productive and fun visit together.