The Federation Continues the Fight Against Titan 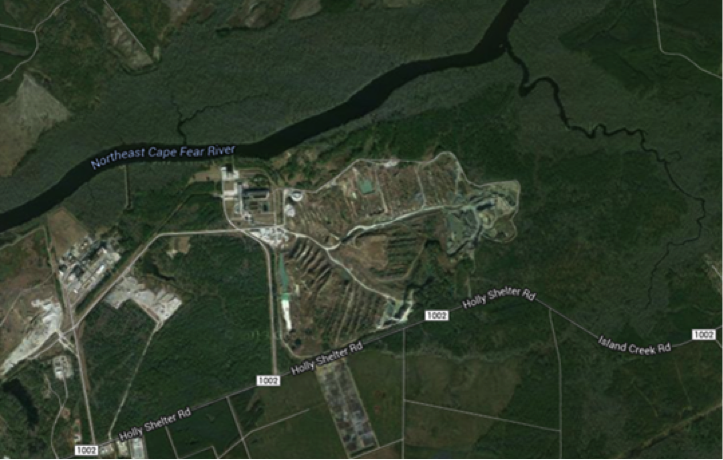 Titan America wants to build one of the largest cement manufacturing and strip mine facilities in the nation on the shores of the Northeast Cape Fear River, a resource of national importance. If they succeed, it will be one of the largest sources of air pollution in our area for the next 50 years.

The proposed facility poses many significant risks for the community for decades, such as:

New Hanover County is the second smallest, second most densely populated county in the state. We also have the unwelcome distinction of having the second poorest air quality in the nation, according to the US EPA.

It’s time for New Hanover County to stop being second and be first in encouraging smart growth, clean industry and a growing resilient economy. We do not need another heavy polluting industry here in our community.

In response to Titan’s plans, many people came together and organized a groundswell of opposition to the plant and created a website, stoptitan.org, to serve as an information portal for people worried about the effects of this project.

For over six years, the federation and its allies have engaged  people, other groups, scientists and a large coalition of local medical providers to voice their opposition to this project to local county commissioners, Raleigh’s state leaders and elected legislators and before the U.S. Congress in Washington,  DC.

These efforts seek to protect our air, our water, public health and our natural resources and ensure the excellent quality of life we have along our coast.

This effort is funded by local people, non-profits and grants of over $2 million dollars from the Educational Foundation of America, the Lillian Goldman Charitable Trust and other private foundations.

The Latest: Changes to the New Hanover Special Use Permit

In 2011 New Hanover County adopted a Special Use Permit (SUP) process to the county’s zoning ordinance, which had not been revised in over 50 years. This permit required heavy industries like Titan to request this permit to develop their proposed project. This process allowed the county staff, planning board and the county commissioners to weigh a project’s benefits to the community against the potential negative impacts to public safety, health, property values and to determine whether the project is in harmony with the surrounding community.

In 2014, however, the county proposed changes to the approved language in an effort to address concerns brought forth by industry groups.

In our opinion, the changes did not improve the process, made it more confusing and weakened this important tool for local elected officials.

The amendments to the SUP were not approved by the Commission on two occasions and in response the federation organized a collaborative project team of community and business leaders to develop a model SUP process for the county. This effort is underway and is being funded by grants from the Educational Foundation of America, Lillian Goldman Charitable Trust, and the Moore Charitable Trust. We hope to have this effort complete by mid-March and to present a model to the county for its consideration.

Coming Soon
Titan’s next step is to begin the required federal permitting process that the U.S. Army Corps of Engineers will coordinate as mandated by the Clean Water Act when an activity will impact waters of the US.

Titan’s proposed project is projected to affect thousands of acres of wetlands, which triggers the development of an Environmental Impact Statement. This is the comprehensive review of all of the potential effects that this massive industrial project poses for the community’s health, environment and economy. We’ll keep you informed.

This six-year fight is far from over and the federation continues to build support and develop strategies to prevent this plant from affecting the region for generations. In order to prevail, we need your support and participation in this important issue. Please join us today.

For more information on how you can become involved, email our southeast Coastal Advocate Mike Giles or at 252-393-8185.

It has been over six years, but the fight against Titan Cement is far from over. Before the proposed plant can be constructed and begin operating, the industry must obtain many permits on the federal, state and local levels.

Titan received an air permit from N.C. Department of Air Quality and was granted revisions to the permit to allow for more emissions. The federation, along with three other Stop Titan Action Network  partners filed three separate appeals to the permit that will all likely be heard together in the N.C. Superior Court in the fall of 2014.

In October 2013, the New Hanover County planning staff proposed revisions to the county’s zoning ordinance that would weaken the Special Use Permit (SUP)  process passed in 2011. The proposed revisions were overwhelmingly opposed by the public and did not pass after a 2-2 vote at the June 2014 Board of Commissioners meeting.

Changes to the SUP have been brought back to the table and may be scheduled to be heard by the New Hanover County Planning Board at the September 4, 2014 meeting. Join the federation today and get breaking updates as things change.

On June 25, 2014, Carolinas Cement Company LLC, a subsidiary of Titan, filed a request for a zoning determination to commence cement packaging operations at the Castle Hayne site. The company proposes to install packaging machinery within the existing facility and construct an additional silo for storage for cement they currently import by rail and truck. The federation will continue to monitor this development.

Want to get involved?